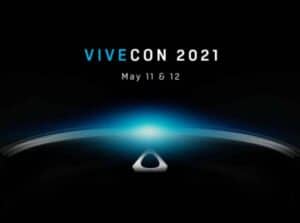 If you’re looking to learn about the latest VR developments, you may want to set aside some time on May 11th and 12th. HTC has confirmed the upcoming release of “game-changing VR headsets” at their VIVECON event. Yes, that’s headsets in the plural, so we’re not sure what to expect – except that HTC may offer both wired and standalone HMDs.

Not surprisingly, the conference tracks at VIVECON will be reflecting the reality of a global pandemic with the following tracks:

You can register for free on the Vive site.

Will we see a Competitor to the Oculus Quest? 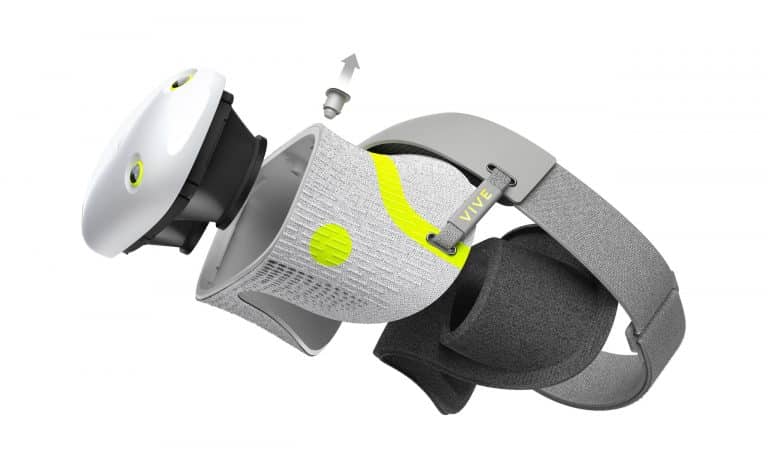 Outside of some renderings of an HTC headset that recently won an IF Design Award, we don’t have much to go on. And HTC responded to an article in RoadtoVR last week that the HMD pictured above was only a concept, despite winning the award. That quickly took the wind out of everyone’s sails.

Outside of a VR headset in a box under a cover that HTC recently tweeted out, we have little to go on.

We’d love to see HTC release a standalone HMD as a competitor to Facebook’s Oculus Quest 2. The Quest 2 is currently the most popular VR headset on the market but comes with a significant caveat – the controversial requirement that you must have a Facebook account. That has precluded its sale in Germany and made it suspect in much of the EU and other markets where Facebook’s less than stellar track record on privacy is a major concern. Many schools and universities have been holding off on purchasing the Quest due to the Facebook account requirement. And it’s a serious obstacle for a growing number of students. The largest dropoff in Facebook’s daily average users (DAUs) is in the 12-24 age bracket in the U.S. Facebook continues to grow its DAU numbers rapidly only due to its expansion in developing markets. In other words, it’s an ideal time for someone to offer an alternative – and who better than HTC?

On the other hand, HTC’s tweet last week included the phrase,

. . . now that the accessories are out of the way, let’s get down to business.

That could be hinting that we’ll see a high-end headset for enterprise users. But if so, the event track on “Bringing VR to new audiences and new locations” doesn’t make much sense as the cost of immersive technology remains a major factor. So far, everyone has steered clear of Facebook’s work in the standalone HMD space. HTC’s own standalone HMD, the Vive Focus, is priced at $599, double the cost of the Quest 2. That’s not what you call competition in the consumer and educational VR markets.

We’re eager to see how Vive delivers its remote event. Last year’s Ecosystem Conference used the social VR platform, Engage, so VR may be more than the topic – it may also be the delivery format. One thing the announcement makes clear – the VR revolution continues despite the global health challenges. We’ll follow up with an analysis of the news once VIVECON arrives.

Facebook’s VR Future – An In