Google Cardboard VR is now available in four more countries according to Engadget. Of course, the inexpensive VR viewer has been available through other sellers on Amazon and it’s free if you subscribe to The New York Times. But Google’s own version has been limited to the United States in its official store. Now you’ll be able to buy it in Canada, the UK, France and Germany.

Despite the occasional rumor about Cardboard being discontinued, it’s not about to vanish with the third-party sellers on Amazon. It’s an incredible tool for advertising and promotions – such as the NYT VR project, cereal boxes and even McDonalds. It’s the easiest way for a businesses or organization to promote a VR experience.

More interesting is what will Google do in terms of a mid-range VR headset that is rumored to be in the works. With Google I/O conference almost upon us (May 17-20), we should see an announcement late next week. 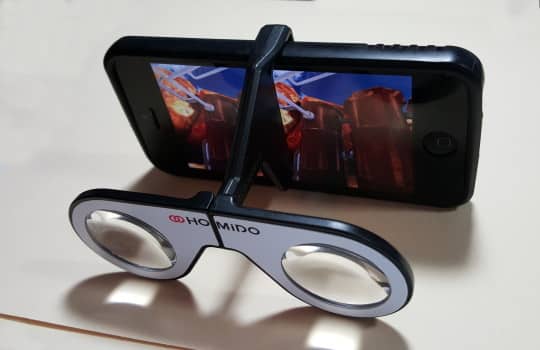 Of course, Google is not the only player in the market here for portable VR headsets. We’ve used the Homido VR viewer with great success in workshops and conferences. And from an informal poll, it was a favorite with my students. They liked the portability (toss it in your bag or pocket) and that it had a more social aspect. You can watch VR with it but not be entirely isolated from others. It encouraged sharing – which in the classroom environment is a definite plus.

Over five million Cardboard units have been distributed and more are coming through The New York Times and other organizations. There’s a wide range of VR apps, and the new VRidge app will put PC VR games on your phone. It won’t be an Oculus or HTC Vive-like experience, but it radically expands what you can do with Google’s device.

So far, Google Cardboard in education is not a huge slice of the distribution. But the Expeditions program continues to be rolled out to schools across the globe. The potential here is tremendous.

Is Cardboard VR? It doesn’t matter

We can debate whether or not the 360 videos seen in Google Cardboard actually count as virtual reality – see the Wired story “Stop Calling Google Cardboard’s 360 Degree Videos VR“. The field is so new, the terms so fluid, the debate is not worth it. VR or not, the experiences in Cardboard are both immersive and engaging. And vastly different from video we’ve known up to now.

Regardless of the future, Google Cardboard will leave its mark on the story of virtual reality. 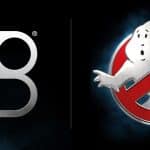 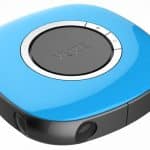 A Pocket-size VR Camera from HumanEyes