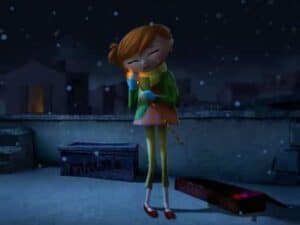 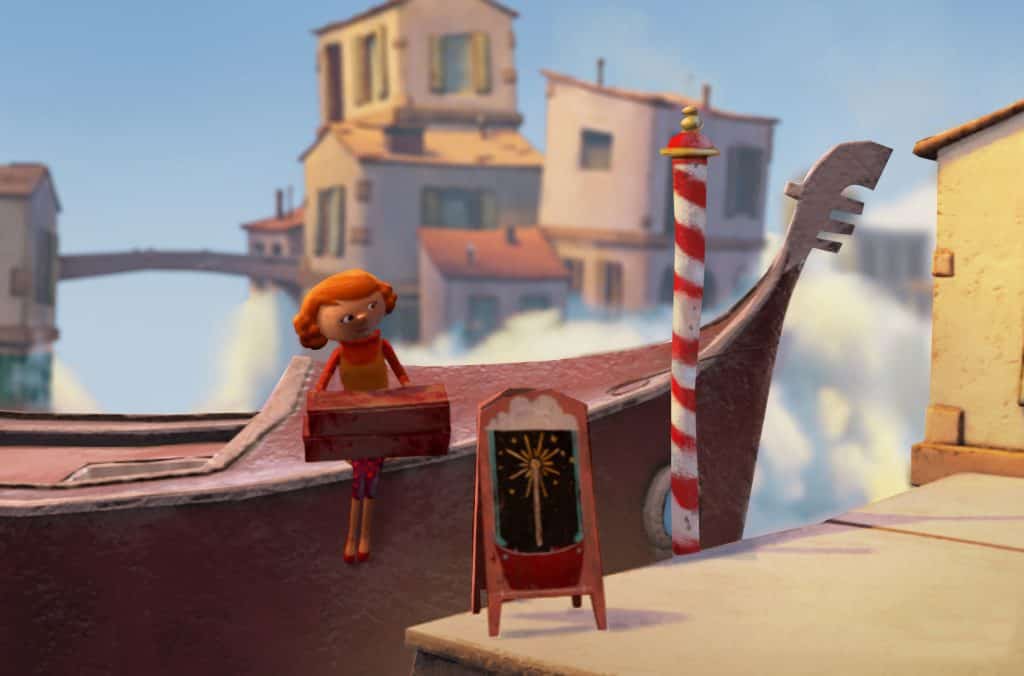 The new VR film from Penrose Studios is getting rave reviews in Wired and elsewhere. Here’s a VR film that’s long by virtual reality standards – a full 20 minutes – but you won’t be bored. It isn’t the realism we’ve seen in so many virtual reality experiences. It’s all computer generated 3D models in a miniature world, but deeply compelling. The plot is loosely based on the story by Hans Christian Andersen, The Little Match Girl.

Once again, it shows that the power of storytelling in VR.

Six degrees of freedom is huge . . . It adds so much to what we call ‘presence,’ which in many ways is the holy grail of virtual reality. How do we move and think in this medium? Allumette is about thinking natively in virtual reality.

That’s one aspect that makes Allumette so special. There’s a serious effort here to step outside the rectangular frame that confines all prior media. To see the space of the film in terms of the freedom virtual reality provides.

Our initial idea is that it’s not just Allumette; it’s about her town,” says Penrose studio founder, Eugene Chung. “It’s about this big, expansive space. … And that’s actually part of what’s coming.

Technical Director Jimmy Maidens says they stayed away from the traditional tools in film and video games:

We have to use internal tools that we’re developing for VR rather than taking tools that were designed for another artform and trying to make it work. You have to be willing to let go and understand that you know less about it than you think you know, to say ‘I don’t know what I’m doing here, and let’s figure out how to do this again.’

Realizing you know less than you think you know is the way to move forward in virtual reality. We never do get far from Socrates, do we?

A story in a miniature world

The end result is a compelling miniature world, or as Wired put it, a 360 degree model train set come to life. There’s no instructions or guides – just a wonderfully engaging story. Even if a heartbreaking one about love, loss and sacrifice.

You follow a little girl, though you are free to poke around the various parts of her world. You can even stick your head through walls to see what is happening as the story unfolds. When space and plot become inseparable, it becomes a world that draws you in with its own inner logic. 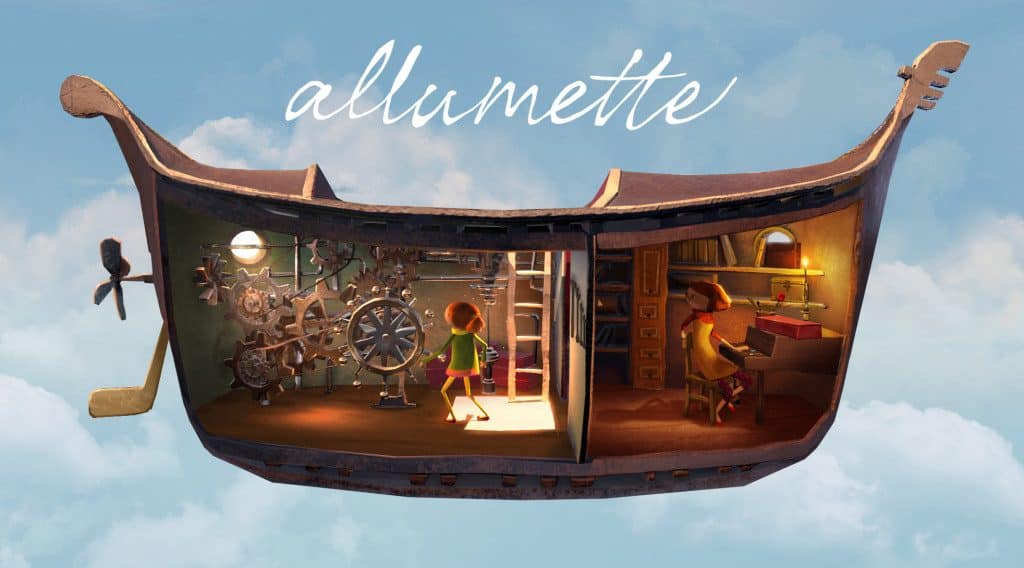 Right now, Allumette comes at a price. You’ll need Oculus or an HTC Vive headset for the full experience. Eugene Chung says that all positional headsets will be supported but sees the future in mobile VR.

The idea is, how do you get computer vision good enough so that you can actually track the world without having markers or something that tracks you like the Vive or Oculus Rift does. The technology is still not completely refined right now for consumers, but there are a lot of really interesting things in the works to do that. So I think we’ll get there.

Positional tracking in mobile VR will dramatically expand the audience for VR films and experiences. As Chung says, the access issues will fall by the wayside in the near future. We give a year, maybe two.

In the meantime, you can catch Allumette at Tribeca Film Festival.