According to the National Institute of Mental Health:

PTSD develops after a terrifying ordeal that involved physical harm or the threat of physical harm. The person who develops PTSD may have been the one who was harmed, the harm may have happened to a loved one, or the person may have witnessed a harmful event that happened to loved ones or strangers.

Currently, the most common treatments for PTSD are psychotherapy and medications. Despite the research and the advances in each area, neither one has proven completely effective. 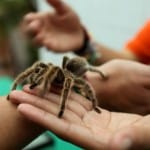 One helpful therapy is cognitive behavioral therapy (CBT) and this is where virtual reality holds tremendous promise. Part of CBT is exposure therapy, which up to now has used writing, imagery, or exposure to the place or object that triggered the condition.

In some cases, this is easy to arrange, in others difficult. A fear of spiders? One can use a jar of live ones in an office. Fear of flying? It gets costly to do a dozen trips to overcome the symptoms.

For war veterans, going back to the battlefield is simply not an option. That is, until you can recreate an immersive experience in virtual reality. 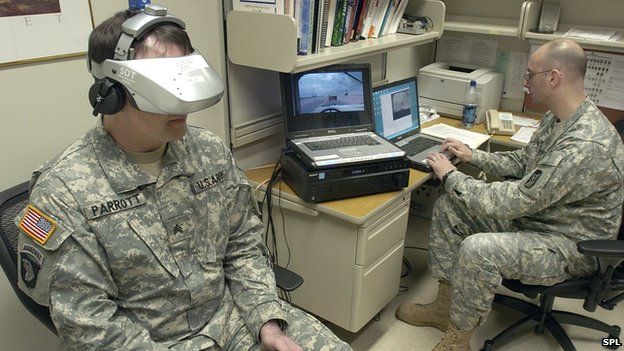 It’s already being used by the Army in studies at the Landstuhl Regional Medical Center in Germany and elsewhere. As Dr. Michael Valdovinos points out:

Visual memory is powerful, and if I can use that to help patients create their own movie scene, then they can move into it to rewrite their own script.

There are lots of predictions for virtual reality in 2016, especially with the imminent release of Oculus. In media and education, it will be transformative. But the use-cases are not always immediately clear. Where does VR fit in the learning environment? Will it be part of a media lab or used directly in the classroom as Google Expeditions suggest? Can virtual reality fit anywhere within the format of traditional cinema? Will there be public viewings in reconfigured movie theaters?

But exposure therapy is an area waiting to happen for virtual reality. We’re already doing it, but in analog format. It’s like having a closet full of 8-track tapes and suddenly you’re given an iPod. The only thing we’re waiting for is good consumer virtual reality headsets and content. And they are definitely coming in 2016.

Given the tragic effects of PTSD on families and society, that can not happen soon enough.

PTSD is only the beginning. We will use virtual reality therapy (VRT) for a wide range of conditions. Indeed, it is possible that it might move some areas of therapy out of the office and into the home. As Twinfinite suggests:

At the moment, VRT is a therapeutic tool with specific uses, primarily the treatment of anxiety disorders such as PTSD and phobias. But what if, in the not-too-distant future, virtual reality therapy were as commonplace as self-help books are today?

In the future, it may seem bizarre that we actually used to read a book to help resolve a mental health condition or phobia. Once we have virtual reality, we will be able to experience or relive what triggered the condition in the first place.

The future of self-help? Instead of reading a book, it will mean rewriting the script of your life through visual experiences.