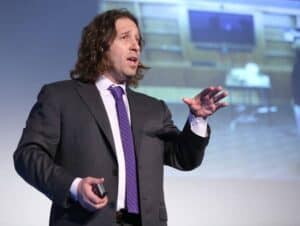 Virtual Reality was the new arrival at the Tribeca Film Festival this year, spurred on by the development of inexpensive VR gear from Oculus, Samsung and Google (Google Cardboard). Stanford professor Jeremy Bailenson, founder and director of the remarkable Virtual Human Interaction Lab (VHIL), provided festival goers with an immersive virtual reality experience. While we’ve tried the consumer grade devices from Samsung and Oculus before (and again at the Festival) nothing compares to stepping into Bailenson’s hyper-realistic environments.

Speaking at the Tribeca Talks: Imagination series last Wednesday, Bailenson said reality isn’t just about the level of detail, but the sense of immersion, of fooling your senses into letting you think that what you see is real.

As you might imagine, movie producers and filmmakers have been beating a path to the Stanford VR Lab, asking how virtual reality could be used for cinema. And Bailenson made it clear that the answers are not so simple: we’ll have to deal with how long you can wear these devices (definitely not 90 minutes right now), and where you would stand in terms of the action (what if it’s happening elsewhere in a 360 degree environment?). It was easy to understand his skepticism about integrating virtual reality into film when he reminded the audience of the trash compactor scene in Star Wars:

I don’t know if I want to be there … smelling the garbage.

Stand in the wrong place and Star Wars could turn into a virtual snuff movie for the viewer, undermining the storyline. Bailenson’s point is that we’ll have to develop new cinematic experiences for virtual reality. Just as early cinema had to free itself from the confines of theater to create a new genre, virtual reality will have to do the same in its relationship to movies.

So, yes, we got to try out Stanford’s virtual reality this Saturday and the verdict? Absolutely amazing. In so many ways, it’s a game-changer. As I was sitting there afterwards, catching my breath, I was thinking how this will transform entertainment, education, business and art (to name just a few).

Storytelling, that most human of activities, will be profoundly impacted by the intensity of VR experience. It made me laugh at the angst some feel for the loss of printed books as VR may do the same for eBooks. Working just on our sense of sight, the virtual reality experience is overpowering.

And with some of the experiments already being done with VR (the Syrian refugee camp), it has the potential to deeply impact human interaction, the ways we relate to each other. But more on that later.

We had two choices in the demonstration: the walk the plank or the fly through the city experience. “Do you want fear or fun?” asked Sarah Stumbo from WorldViz, when I went to put on the headset.

Of course, I would have to select the fear option.

No, I didn’t fall (many people do stumble). But I was sweating, my knees were shaking and I had to fight against everything my senses were telling me not to do in order to take another step. It shook me deeply, and I’m still replaying the experience in my mind.

There’s that wonderful line from the Matrix, where Neo gets to choose his future:

You take the blue pill, the story ends. You wake up in your bed and believe whatever you want to believe. You take the red pill, you stay in wonderland, and I show you how deep the rabbit hole goes.

This is the rabbit hole. Once you’ve entered Bailenson’s world, there’s no turning back. 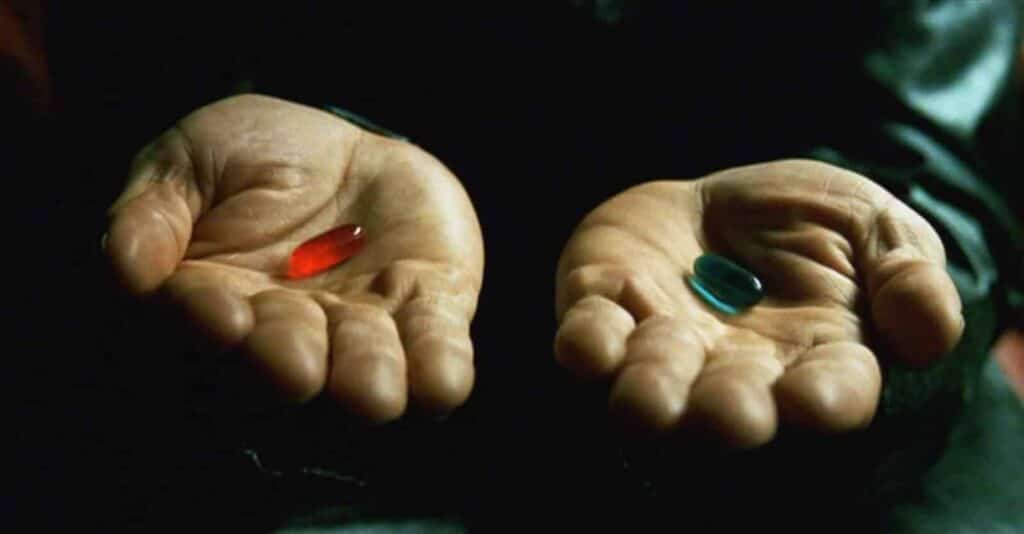 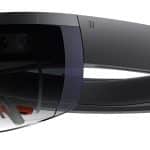