Google’s creative virtual reality joke for April Fools Day is making the rounds. But intended or not, it raises questions about our drive toward greater realism in virtual reality and our relationship to the “real world.”

So first, lighten up and enjoy the video of Google Cardboard Plastic. Then some thoughts on where we’re headed in VR and what’s real.

Virtual Reality and That Other Reality

The irony of the video is that we’ve strived over the past few decades (and especially the past few years) to make virtual reality as real as possible. Yet our religious and scientific understandings tend to see actual reality as an illusion. A few quotes:

And as for science, Einstein’s comment will do just fine:

Reality is merely an illusion, albeit a very persistent one.

Though my all time favorite is Sir Arthur Eddington’s wonderful description of the dual nature of reality – the “real” world and the one of science – in his Introduction to the 1928 Gifford Lectures:

I have settled down to the task of writing these lectures and have drawn up my chairs to my two tables. Two tables! Yes; there are duplicates of every object about me – two tables, two chairs, two pens. . . .

One of them has been familiar to me from earliest years. It is a commonplace object of that environment which I call the world. How shall I describe it? It has extension; it is comparatively permanent; it is coloured; above all it is substantial . . . .

Table No. 2 is my scientific table. . . . It is mostly emptiness. Sparsely scattered in that emptiness are numerous electric charges rushing about with great speed; but their combined bulk amounts to less than a billionth of the bulk of the table itself. . . .

Reviewing their properties one by one, there seems to be nothing to choose between the two tables for ordinary purposes; but when abnormal circumstances befall, then my scientific table shows to advantage. If the house catches fire my scientific table will dissolve quite naturally into scientific smoke, whereas my familiar table undergoes a metamorphosis of its substantial nature which I can only regard as miraculous.

So from a religious or scientific perspective, actual reality is a world of illusion. One that only makes sense (if at all) in light of the underlying truth.

And what does that mean for virtual reality? Especially when frame-rates reach the point where the real and virtual become indistinguishable? An illusion of the illusion? We condemn reality and then recreate it all over again. Someday, when aliens from another planet show up, they will truly find us fascinating.

Software that Kills You

Care to travel even deeper down this rabbit hole?

Go back to one of the pioneers of virtual reality, Ivan Sutherland. Among his many inventions, Sutherland created one of the first VR headsets in 1968 – if you could call it that. The “Sword of Damocles”, as it was jokingly called, was so large and heavy that you had to stand underneath it.

And yet, Sutherland saw exactly where we were going in the drive toward virtual reality. A Holodeck-like world that would be as real as the world you live in now:

Literally, code that could kill you.

So enjoy your reality and Google Cardboard Plastic with its 4 dimensions, 360 spatially accurate sound, and 20/20 resolution. Soon enough, we’ll be there and to some place far beyond.

And you should be absolutely fascinated by the developments. And just ever so slightly terrified. Otherwise, the joke will, indeed, be on you. 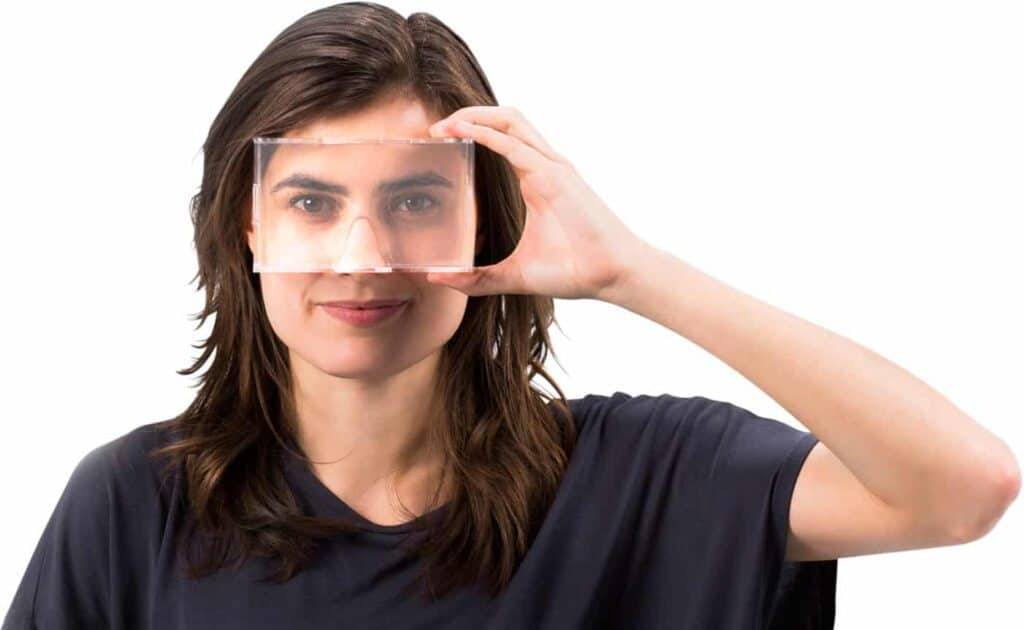 Remodel Your Kitchen with Microsoft Holo