Looking at Google Cardboard VR, it’s hard to imagine that a piece of cardboard would help kick off the VR revolution but it did. Following the recent sales data for VR headsets, Google announced that it has shipped over ten million Google Cardboard VR units to date. Despite the relative low quality of the experience, it remains the most accessible entry point for virtual reality and 360° video in education, nonprofits and retail.

Google’s little DIY experiment in VR has come a long way from its introduction as swag for the 2014 I/O event. The initial release of the headset immediately created a black market for the units (back then, you could spend up to $100 for one of the originals). But with version 2 and mass distribution through The New York Times and other sites, it quickly came of age. Need proof? You can find pages of knock-offs on Amazon.

We first launched Cardboard in 2014 as a simple and affordable way for everyone to try virtual reality. With only Cardboard and the smartphone in your pocket, you can travel to faraway lands, ride a roller coaster, or take a guided tour of the solar system. Today, more than 10 million Cardboard viewers have shipped worldwide. There have been 160 million downloads of Cardboard apps on Google Play—and 30 of those apps have more than 1 million downloads.

If it sounds like Google trounced its competition in the virtual reality market, they didn’t. The 10 million figure includes all shipments and they had already sold/distributed 5 million back in January 2016. That means they did only a little better than Samsung in 2016, which sold 4.5 million units at around a $100 each.

Clearly, people are willing to pay for a more substantial device. That’s exactly what Google is banking on with the release of their Daydream headset this past fall.

But Cardboard has its advantages. The challenge in rolling out mobile VR in education and nonprofits is that we’re dealing with competing mobile ecosystems. Both Gear VR and Daydream are Android devices. And Daydream is even more limited (six phone models at the moment). iPhone users have to use Google Cardboard or one of the slightly better plastic headsets. Given how rapidly the market is evolving, that should change by the end of 2017. But at the moment, the only universal and inexpensive VR headset remains Google’s device.

In my courses, I ask students to buy the Homido Mini VR Viewer (though some still opt to use Cardboard). They like the Homido Mini for the portability. I like it as it doesn’t block out someone sitting next to you. It fosters conversation and sharing of experiences.

The Future of Cardboard is bright

We’ve said before that Google Cardboard will continue to have a vital role in the VR ecosystem. The fact that it’s so cheap and that it can be easily branded makes it ideal in retail and nonprofit settings. Universities are already using branded versions for student recruitment initiatives with VR experiences and 360° walking tours. Any tech device that’s lightweight and ships flat has a lot going for it.

Google didn’t exactly start a revolution in 2014 – Oculus and other headsets were already in development. But this diminutive piece of folding cardboard with its plastic lenses has helped make VR a reality. 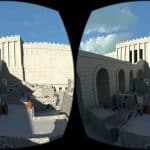 Experiencing the Ancient World in Virtua 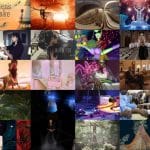