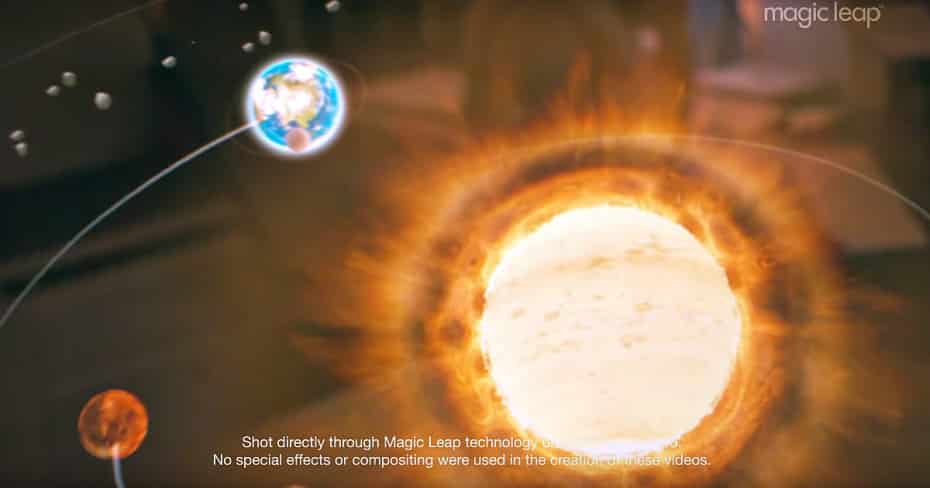 Here’s the latest from Magic Leap, the company that Google has invested a half billion dollars in. While it’s unclear if Google will use any of Magic Leap’s technology, it’s definitely a way to play in the same space as Microsoft’s HoloLens or what will appear much sooner, Facebook’s Oculus headset.

Magic Leap is in that third space, not quite Augmented Reality or Virtual Reality. Some are starting to refer to it as mixed reality. While Microsoft Hololens gives viewers interactive holograms, Magic Leap talks more cryptically of “cinematic reality”. The device works by beaming visual content directly into your eye instead of projecting it in front of you the way most wearable tech glasses do.

Despite the lack of details or public demos even for developers (Microsoft is way ahead here), it gets rave reviews by those who have tried it out.

On Wednesday, the company’s Chief Executive Rony Abovitz shared its ambitious mission to create “an operating system for reality,” allowing users to interact with digital objects just as if they were in front of them. Magic Leap confirmed that they are building a Google Glass-like device that will be able to project the computer-generated visions onto a user’s field of vision.

The company hasn’t yet released any details about the headset itself, or about a possible date when it expects to ship products to customers, however earlier this week Mr. Abovitz said:

We’re not in the research lab doing theoretical things. We’re gearing up to ship millions of things.

It’s a short demo, but definitely worth viewing if you haven’t had a chance to check out their work. The entertainment and education possibilities could be amazing if it works as the demo suggests.