Want to imagine what our future media might look like? Here’s a game-changing technology that could change both wearables and our media displays. Scientists at the University of South Australia have developed a polymer film coating that can conduct electrical current on contact lenses. It could create an entire new area in wearables for visual displays, with applications in augmented reality. 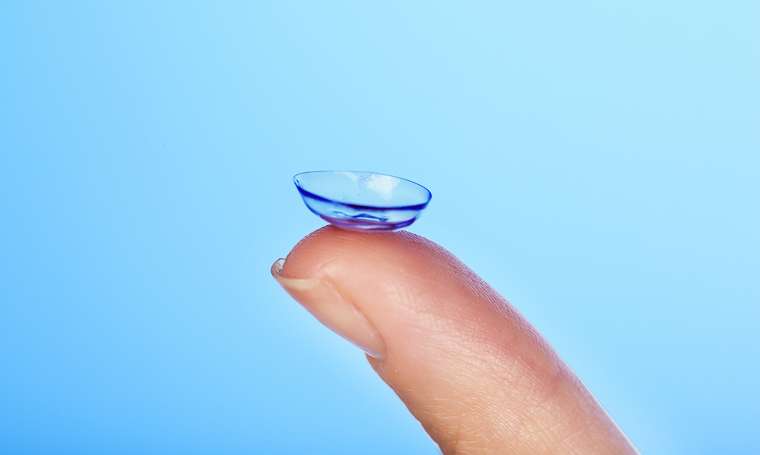 We’re talking about anything from a simple sensor that can measure the amount of glucose in your blood through to actually creating electronic displays so rather than having something like a pair of glasses that’s acting like a computer, you can actually generate images directly on your contact lens . . .

We have always known that our film coating technologies had potential for many applications and now we have taken that a step further by proving that we can make biocompatible, conducting polymers at the nanoscale and grow them directly on a contact lens.

Initial applications for smart contact lenses may focus on health monitoring. But if it lives up to its promise, augmented reality would be everywhere. At this stage, the implications for media and education are hard to fathom. But it would transform the way we learn and interact with the world.

The idea has surfaced before. There’s an old article (2010) from Fast Company on transparent LEDs embedded in contact lenses, But the new development is more promising in terms of manufacturing and applications. And UniSA already has a UK industry partner on board.

Here’s a glimpse of what your future breakfast may look like through contact lenses with AR displays. Enjoy, you data-hungry power-user! 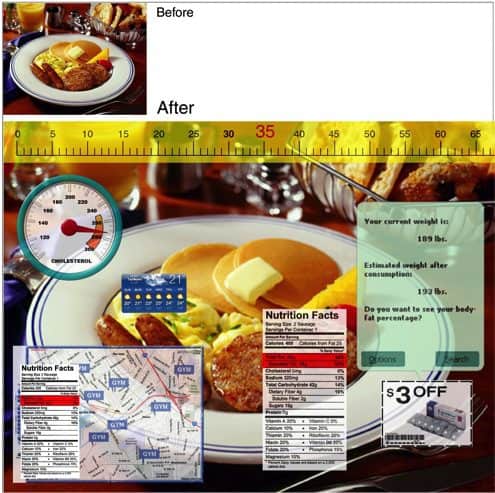 Virtual Reality in 2016: What VR Makers