Verizon is making news with ThirdEye’s smart glasses for 5G mobile. The little-known company’s AR Glasses were unveiled at CES 2019 this year, though they showed up in last year’s APEX EXPO (an airline travel event) in Boston. 5G will dramatically transform our AR experiences, and it can’t come soon enough. But we’re a little skeptical about how quickly we’ll get there. And even more, about who gets there.

It’s part of that William Gibson comment on technology:

The future is here. It’s just not widely distributed yet.

You know how this story goes. Large urban areas in the developed world get it first. Others will end up having to wait. And some wait a very long time which leads to a new digital divide. As Open Signal notes, the state of 4G LTE is spotty enough in much of the world. It’s data we often ignore even though it has significant implications for economic development and education. 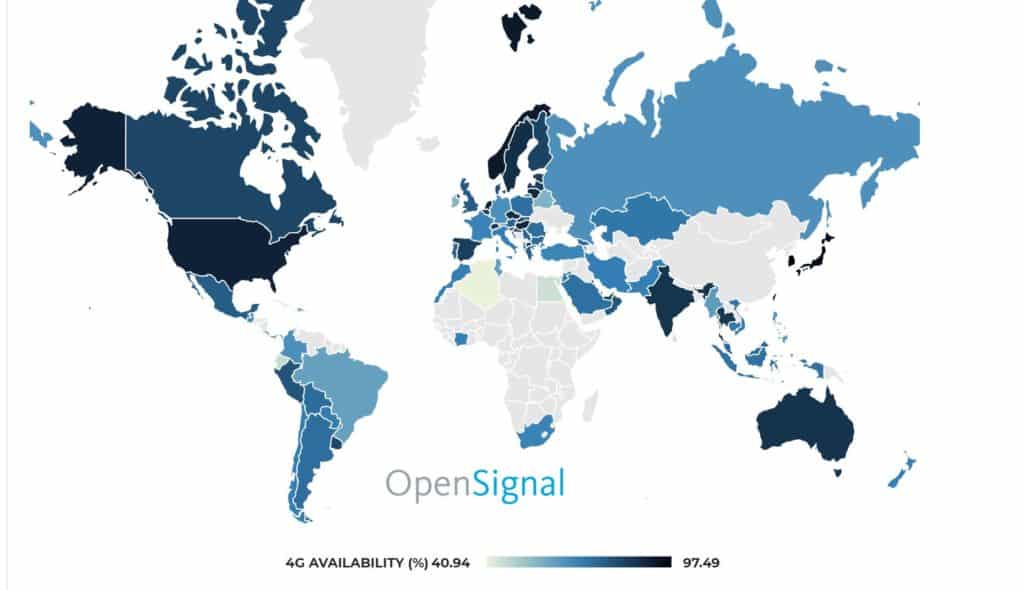 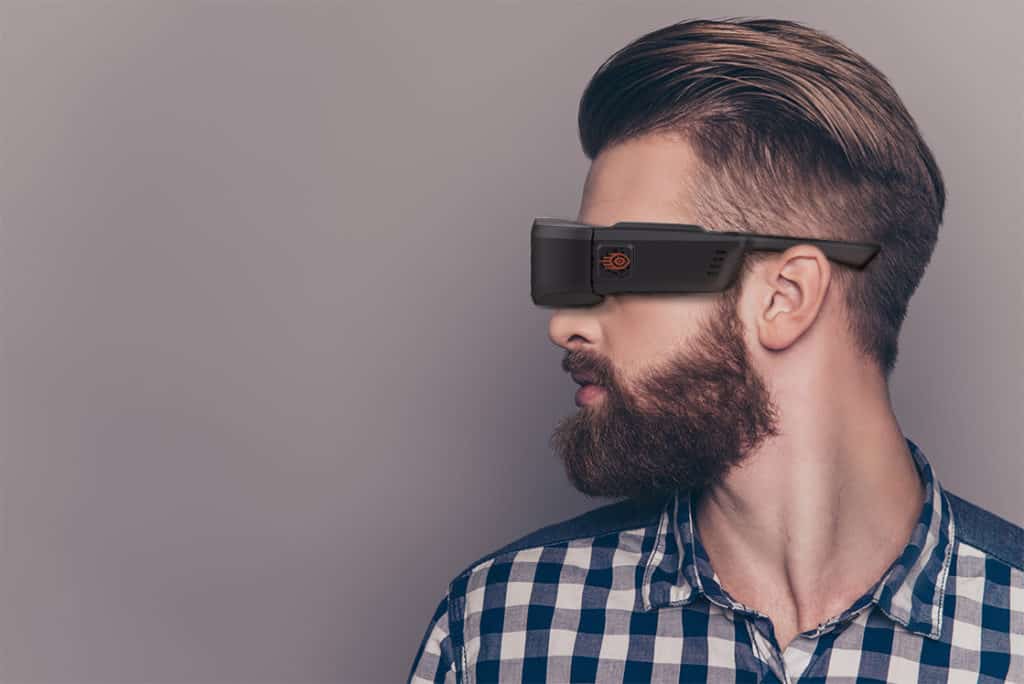 First, let’s look at ThirdEye’s second version of their professional AR Glasses, the nextgen X2. Here’s a list of features according to ANIWAA,

They’re not the smallest pair of smart glasses around – Nreal’s AR Glasses come in at half the weight (85 grams or 3 ounces). But they offer more advanced capabilities and are one of the most comfortable to wear.

The frames are a little thick, and not nearly as stylish as Nreal’s device or the Bose AR audio sunglasses. But they’re slim enough to wear out on the street. The alternative comes with its own challenges. You’re going to be tethering a device to your phone or looking at a hockey puck solution.

Battery tech can’t keep up with our incredibly shrinking processors.

Probably the major issue with ThirdEye’s X2 is the cost – $1,950 – and the limited field of view. The latter is actually beat by both the new HoloLens 2 and the Magic Leap One.

You control the glasses through voice commands, hand gestures, and head movements. In a future world of ubiquitous AR devices, that could lead to some unusual heading nodding scenes on public transit. And even reshape human interactions as users in conversation nod their heads not in response to others, but to control their own AR devices.

Did you say yes? Or are you just interacting with your own media?

A major challenge for ThirdEye seems to be figuring out what market they’re targeting. At both APEX and CES 2019, the focus was split between the consumer and enterprise areas. ThirdEye’s founder, Nick Cherukuri, has spoken about their use in air travel.

You could lay back in your seat, watch a 90-inch movie in high definition with your privacy totally intact so the person sitting next to you will have no idea about what you’re watching. You’re not forced to look at a little screen on the seat in front of you.

That definitely sounds like a serious upgrade to the pain of air travel these days. And the added feature of being able to look down at the floor of the plane and see the terrain you’re flying over is very compelling.

But it’s hard to imagine airlines handing out $1,900 plus devices to anyone outside of Business and First Class. If they could even bring themselves to do that. And given the pathetic state of most airborne Wi-Fi access, we’re not holding our breath waiting for 5G to show up at 30,000 feet.

The more obvious market for ThirdEye’s smart glasses for 5G is in the enterprise and medical areas. AR scenarios for training and work in the field will take off with portable AR Glasses. And healthcare will benefit from low-latency bandwidth that lets you bring in remote experts.

Microsoft is already targeting these areas with HoloLens 2 and for good reason. This is where the market is now. As Facebook realizes with the forthcoming Oculus Quest, $399 is a breaking point for the consumer market.

ThirdEye may take the prize for being the first official partner of the long-awaited 5G rollout. But Nreal is offering the same with their smart glasses and others will, too. For AR to become ubiquitous, 5G is essential.

There’s lots of entertaining and a few seriously interesting AR experiences available on our smartphones now. But too often, our infatuation with the novelty of the technology blinds us to the limits of what it provides.

Full augmented reality requires that we offload the processor workload to the edge of the network. And offload as much as possible to artificial intelligence – which will be embedded in the network.

For AR smart glasses we have to stream live video or live 3D models, which can end up using a lot of data. 5G will eventually help reduce latency to under ten milliseconds, which will be a total game changer.

Indeed, smart glasses and 5G will be a gamechanger. And we’re not in the least prepared for how it will impact our lives – but that’s another story.

More to follow on AR and Mixed Reality later this week. We meet with Magic Leap tomorrow as the Tribeca Film Festival gets underway. Augmented reality is finally on the threshold of taking flight.