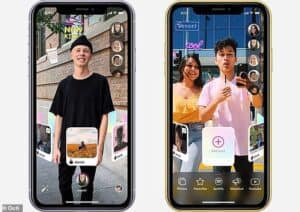 Let’s take a look at Octi, the world’s first AR social platform. You might think what we’re thinking, that the world isn’t quite ready for an AR social network. We just don’t have the augmented reality glasses that this platform needs. We’re getting close with nReal and other AR wearables coming on the market. But we have a year, probably two, before Google, Facebook, and above all, Apple, dive into this space.

Don’t get us wrong. There are advantages to being first. Like the Apple Newton or the Palm Pilot, it could be a development that doesn’t last. But it will give you a glimpse into what our AR-infused future holds. And if Octi makes a successful transition to AR Glasses, they’ll be far out in front of everyone else.

But that’s in the future. Let’s see what Octi offers today. 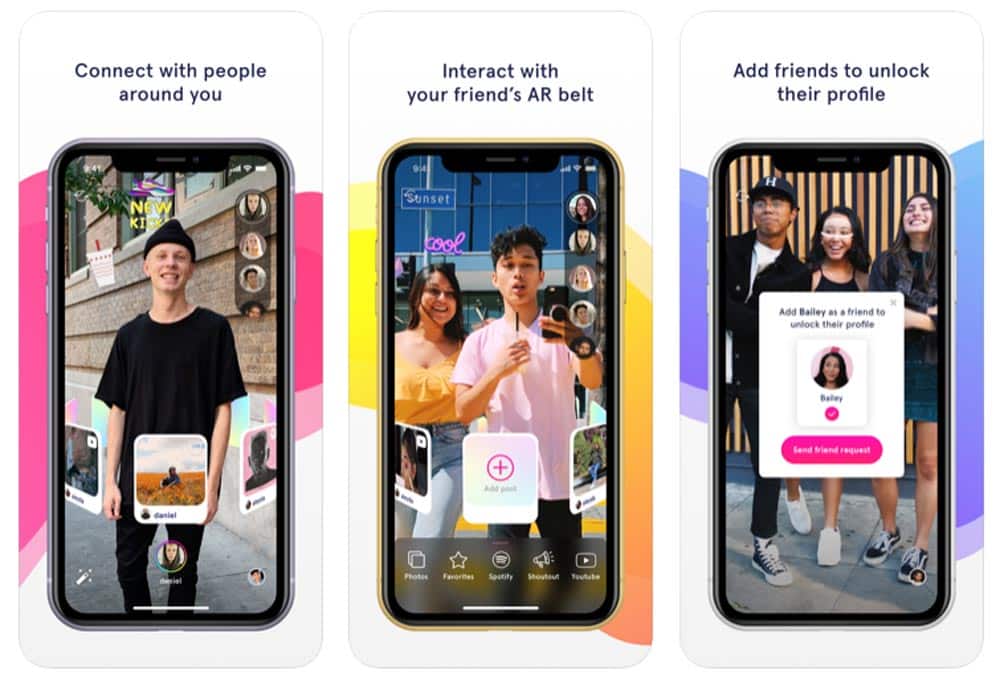 For now, you’ll have to use Octi’s AR social platform on your phone. And an iPhone at that (Android support is coming later this year). Phone-based AR is not a deal-breaker as we know from the popularity of Snap’s AR products. An Octi is taking Snap head-on, with a platform that focuses on the social potential of augmented reality.

It has an interesting group of investors behind it, including the NFL Players Association, Live Nation, and Anheuser-Busch InBev. Here’s the description in Tech Crunch after a meeting with Octi co-founder and CEO Justin Fuisz.

Last week, Fuisz demonstrated what he now sees as Octi’s  “mic drop” moment — opening the new app and pointing his iPhone camera at a colleague. The app quickly recognized her, allowing Fuisz to send her a friend request. And once the request was accepted, Fuisz could look at her through the camera again, where she was surrounded by a floating “belt” of virtual items that she’d created with videos, songs and photos.

Octi also allows you to include fun effects and stickers. Your friends can change your profile too, making you wear a funny hat or giving you a rousing theme song for the day. 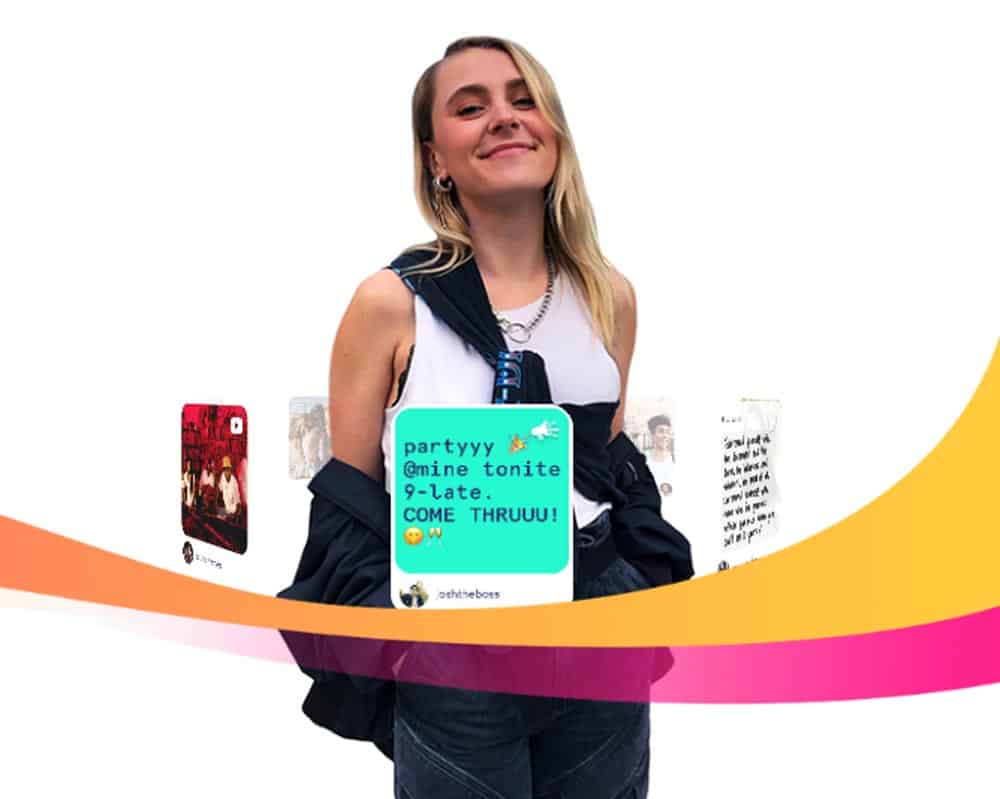 To create a facial recognition experience that’s fast and simple, Fuisz said that Octi’s powered by a “neural network on the edge,” allowing the app to process images on the device (rather than uploading them to the cloud) in a privacy-friendly way.

He said the company has taken other steps to optimize the process, like prioritizing friends-of-friends rather than searching through the faces of everyone in the network, resulting in an app that can identify a friend in as little as 20 milliseconds.

The basic features and speed are impressive. Most of the AR experiences we’ve tried take far too long – even if it’s only a few seconds. Octi’s near-zero latency doesn’t get in the way. It’s a hugely innovative step to have an augmented reality platform that provides nearly instant responses.

AR that feels “live.” Seriously, they just raised the bar for every other AR platform.

The Awkwardness of AR on your Phone

The challenge is that Octi has given us an AR social platform, but we don’t have the devices to use it. Sure, you can hold up your phone to read the image of someone in front of you. But it’s awkward, and we suspect the novelty factor may wear off.

Octi says they been testing this with teens, and it could definitely have a longer lifespan among that market segment. Their phones are in their hands all the time, and it shares the kind of information they’re interested in. In a closed test, they gave the app to 50 high school students in California. Within a week, it had spread to 1,000 of the 2,000 students in the school. As Fuisz says, “It just spreads,” which is the key to any social network success.

But it’s hard to see this gaining much headway in education or the workplace. Having to use your phone – even for milliseconds – to do an AR scan is an obstacle to widespread adoption. But once we have the AR eyewear, it could take off in other areas. It’s easy to tweak the features once you’ve nailed the platform.

The ethical and social issues that Octi and similar platforms will create are fascinating. Snap has already created challenges in K-12 school environments with kids creating and sharing images and videos of teachers with – we’ll use Octi’s words here – “fun effects and stickers.” What’s fun for a fourteen-year-old can seem incredibly disrespectful when the content focuses on an adult and is widely shared. Likewise, it offers uncharted territory for harassment in the workplace.

This is hardly Octi’s fault. But it taps into the broader impact of the digital revolution on our social relationships. New creativity tools don’t always have a creative result for others. And one individual’s perception of someone else can be exponentially more powerful when it enters the public domain. Unfortunately, it means that Smartphones, which can be a powerful learning device, often end up being checked at a school’s entrance to prevent misuse.

There is one safeguard here. While Octi relies on artificial intelligence to detect a person standing in front of your phone, the other person also has to have an Octi account. That’s the only way both people can link up on the social platform.

Octi also says it can prevent bullying as profiles are only visible to people you approve. If they turn on you, you can simply unlink from them. That all sounds fine in practice, but it doesn’t prevent the ubiquitous screenshot, which has become a lethal social media weapon in high school (and a few higher education) social circles.

There are also potentially serious privacy issues here, even if Octi assures us that safeguards are in place. We have no reason to discount their honesty but have to note that other social platforms have made similar promises.

Anthony Ha from Tech Crunch went back to Octi CEO Justin Fuisz for an update on the privacy question.

All image and facial understanding data is stored locally on each individual’s personal device. The data pipeline we use is one-directional, meaning you can create an Octi ID from a face but you can’t create a face from an Octi ID. Our app utilizes a multi-dimensional vector to identify individuals, meaning, each image is broken down into a matrix that is represented by a set of numerical values, that are entirely useless without our pipeline.

Fuisz provided an image of what an individual looks like on Octi’s servers. 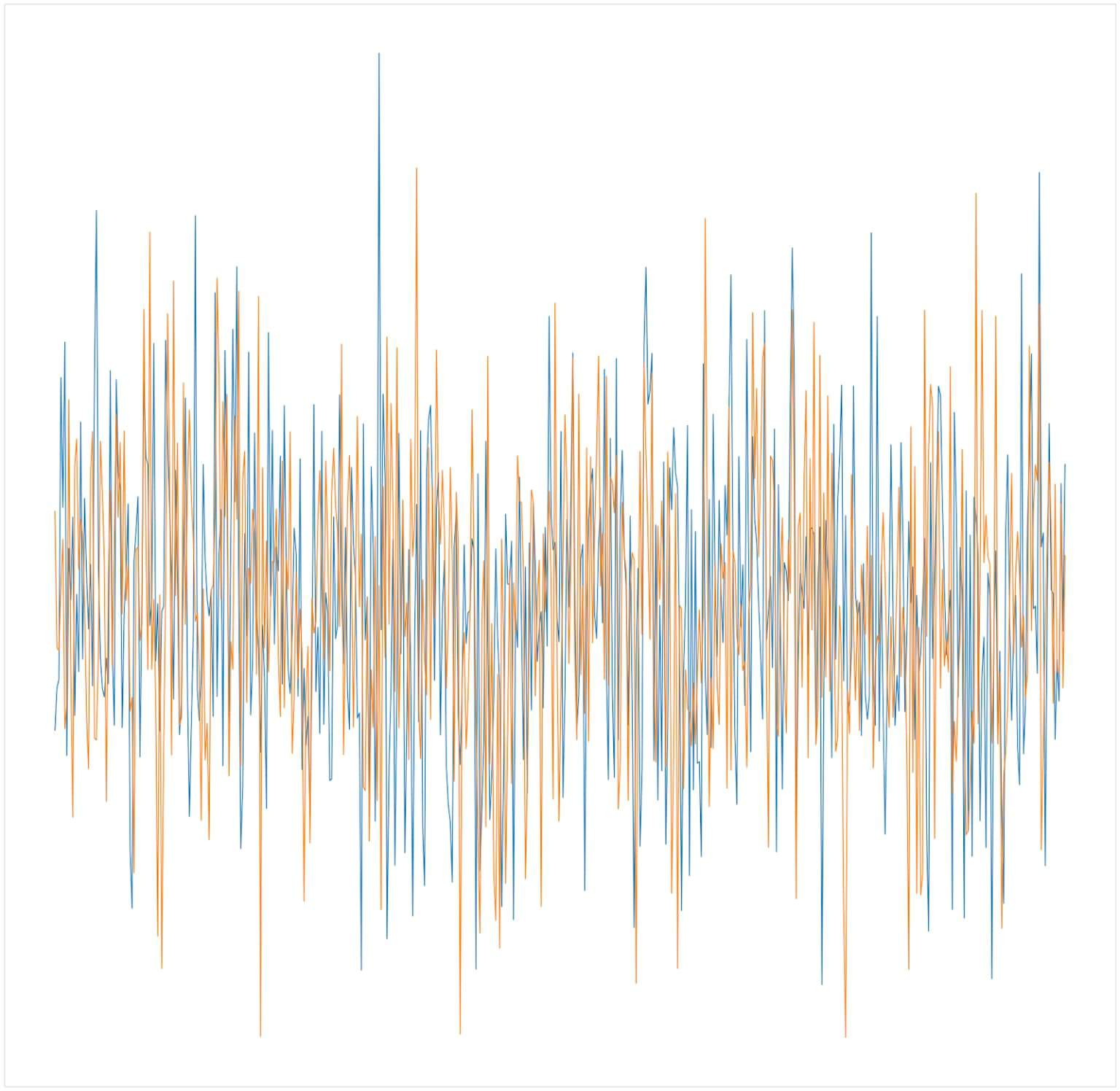 It all seems very reassuring, and we hope Octi can live up to its privacy guarantee. Right now, there are not a lot of developers hooked into Octi’s pipeline. The privacy issues become more challenging as developer access expands.

If you have an iPhone, take Octi’s AR social platform for a spin. It’s an innovative development, and it will give you a sense of where we’re headed in the future. Immersive tech will not only erase the boundaries between the real and the virtual, but it will also bring together your digital and IRL self. As VR Scout put it, it’s use of AI will turn you into a “walking social media profile.”

However, try imagining how you will use it with AR Glasses on your face. It’s a platform that has the potential to enhance, disrupt, and challenge the complex ways we interact with each other.

It’s just the beginning of how augmented reality will transform our lives in the future.

Sundance Takes on the Question of Data P