If you’ve been following the work of developer Abhishek Singh you know he’s done some amazing AR experiments. His latest one uses augmented reality to bring the well-known Looney Tunes cartoon characters, Wile E. Coyote and the Road Runner into your life.

If you’re interested in playing around with the code and trying some AR experiments of your own, it should be on Github shortly. For us, what is fascinating is what says about our immersive future. VR and AR experiences will be everywhere. Just wait until students get their hands on these tools. 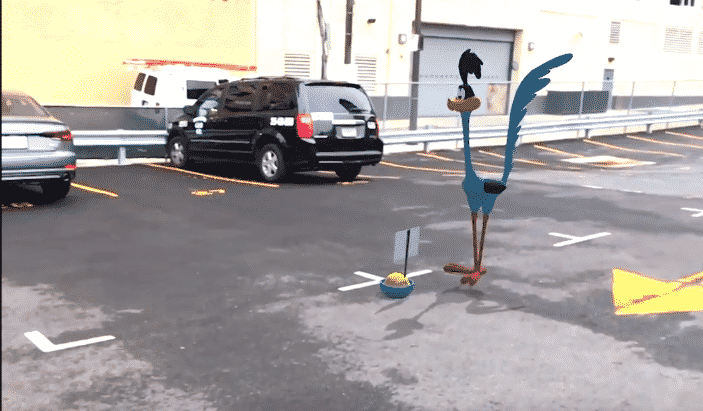 Here’s the details on his latest AR experiment from Next Reality,

A recent demo video shared on Twitter and YouTube shows the pair running around a parking lot at top speed. The experience also recreates the classic scene where Coyote paints a fake tunnel on a wall to trick the Road Runner, but the Road Runner is able to run through the tunnel while Coyote runs into the wall.

The experience also captures the “freeze frame” trope from the cartoons, complete with annotation of the characters and their fake binomial nomenclature. This gives the user the opportunity to walk around the 3D characters as they might if transported to the world of the classic Warner Bros. cartoon.

Singh built the experiment with Unity and ARKit. He confirmed with Next Reality that he used the horizontal and vertical plane detection in ARKit to have the characters run over real world ground and to create the amazingly accurate-to-cartoon “painted wall” effect.

Singh’s work with popular culture items hasn’t seen any commercial applications given the intellectual property issues involved. But he’s repeated offered snippets of work that are fascinating demonstrations of how augmented reality will be integrated into our lives.

Here’s the short video of the AR experiment,

What’s so compelling about Singh’s work is that it is a glimpse into our future. Once AR takes off, this will be the future of entertainment. Now we sit and stare at our phones, but soon we’ll have entertainment all around us, moving with us as we walk down the street . . . eat at a cafe . . . or wait for the train.

That strange and fascinating world is right around the corner. 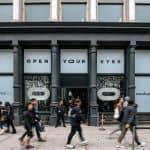 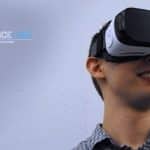 New VR Headset from GameFace Labs can be