A couple of recent interviews have both Apple and Niantic CEOs talking about the relative advantages of AR and VR. And both come down on the side of Augmented Reality. Apple’s Tim Cook addressed the topic in a Good Morning America interview and Niantic’s John Hanke did the same on Recode Decode.

Niantic’s View of AR and VR 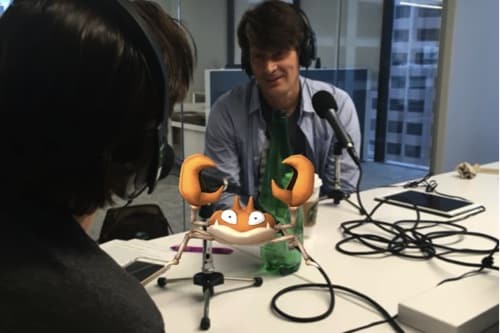 Given Niantic’s success with the AR game Pokémon GO, Hanke’s interest in augmented reality is no surprise.

It is the direction that I think is far more interesting and promising — for technology and, really, for humanity. In a VR situation, you’re isolating yourself from everyone around you and entering this completely virtual space. AR is designed to add, enhance the things you do as a human being: Being outside, socializing with other people, shopping, playing, having fun. AR can make all those things better.

As Hanke says, we are very much in the beginning stages of AR development. It’s social, it’s engaging and brings you out into the world.

From the very beginning, our games were about encouraging people to go outside and see interesting places. So [I have] mixed feelings about people looking at their screen while we’re trying to lead them out into the park where they can see the statue and trees and nature.

Maybe at some point in the future there will be augmented reality glasses which overlay Pokémon and other things seamlessly into our environment. But those don’t exist yet, so we’re looking for those interim steps.

For now, those interim steps will include wearable accessories to give you notifications. But as Hanke notes, the ideal device would be eyewear that provides a seamless AR experience.

We are not close to that yet, but products are already coming to market. Take a look at the LAFORGE Optical Shima eyewear that will be out this fall for $590. You won’t be playing Pokémon GO with these (sorry), but it is a step closer to a device that will turn the world into an augmented reality playground. And in terms of design, they most definitely have learned from Google’s mistakes with Google Glass.

For all the speculation on what Apple is doing behind the scenes we have little evidence besides its patent filings and a growing list of AR companies they’ve acquired. But Tim Cook is increasingly vocal about the potential of virtual environments and like John Hanke, favors augmented reality.

My own view is that augmented reality is the larger of the two, probably by far, because this gives the capability for both of us to sit and be very present talking to each other, but also have other things visually for both of us to see . . .Virtual reality sort of encloses and immerses the person into an experience that can be really cool but probably has a lower commercial interest over time. Less people will be interested in that, but there are some really cool areas there for education and gaming that we have a lot of interest in.

You only need to glance at Apple’s balance sheet to get its ruthless focus on commercial potential. But it is surprising that in noting the potential of VR for education and gaming, Cook left out entertainment. Virtual reality seems to be precisely the area where filmmakers see the most potential.

Is there a battle between AR and VR? 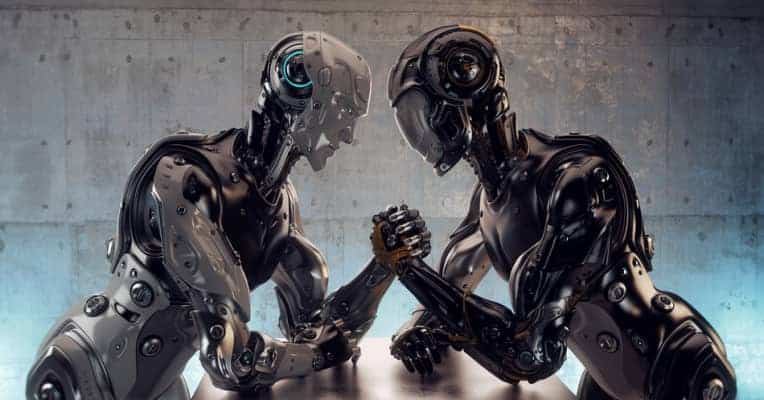 So both Apple and Niantic come down on the augmented reality side of this debate. But is there really a debate here? Cook and Hanke speak of how virtual reality envelops the user, blocking out the “real” world. That is definitely the case with our current iteration of VR headsets. Full immersion excludes the world (and people) around us. Only in high-end VR such as The Void’s Ghostbusters: Dimension experience in Times Square will you find multiple players as avatars and virtual objects that correspond to physical ones in the same space.

But the isolating nature of VR may be a temporary phase. AltSpaceVR and others are working on social VR platforms where you will be able to talk and interact with others in fully immersive environments. These platforms still feel very beta-like but they are quick maturing. And we already saw an amazing implementation of multiuser VR in the Real Virtuality experience at the Sundance Film Festival this year. It wasn’t perfect, but the avatars were real enough to take your breath away.

And there are a couple of elephants in the room that neither Hanke or Cook brought up. Intel’s Project Alloy and their recent demonstration of Merged Reality recasts the entire concept of an immersive experience. The real and virtual interact with each other, creating a VR space that seems anything but isolating. It’s like virtual reality overlaid on the real world. And while Magic Leap appears to fall in the AR camp, we still need to see how immersive their experience is.

Both Cook and Hanke are right – we deeply want to connect with the world and others. But does the choice really have to be AR or VR? We think the future will bring these virtual realms together. In five years, you will be able to adjust the degree of immersion you want in a virtual environment. In other words, you will do AR and VR in the same headset. There is nothing like that currently available though some speculation that Google may be developing a combined AR and VR headset.

A training or education activity will benefit from a “virtual-lite” environment, an AR-type space where you can see and interact with others in the real world. But you may want to interweave short, fully immersive experiences from which you then step back and analyze. A VR film will be much more entertaining when you and your friends step completely into the experience, becoming virtual entities alongside the characters in the story. But again, you may want to step out of it into an AR space for a few moments to take stock of the story and experience.

We’re entering a strange and fascinating world that will get stranger still as the technology matures. Down the road you will have the option to stay in a digitally augmented real world or tune it out altogether for a fully virtual experience. You’ll interact with others and make a choice about how virtual they will be.

Think SnapChat not on a screen on a phone – but in real-life. And fully immersive.

The kids growing up today are already preparing for this. Nothing said by the CEOs of Apple or Niantic is wrong. It just misses where we are headed.

AR? VR? The choice may be nothing more than a slider button or a voice command in a user interface. 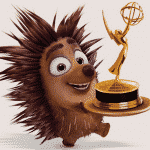 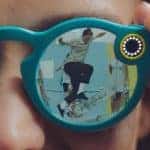