Apple and Augmented Reality seem to pop up almost weekly these days. And for a company notorious for its secrecy, Apple’s CEO Tim Cook has been especially talkative. And he is increasingly vocal about the benefits of Augmented Reality. Here’s his latest interview with BuzzFeed News in Japan:

Augmented reality will take some time to get right, but I do think that it’s profound. We might … have a more productive conversation, if both of us have an AR experience standing here, right? And so I think that things like these are better when they’re incorporated without becoming a barrier to our talking. … You want the technology to amplify it, not to be a barrier.

There’s no substitute for human contact . . . and so you want the technology to encourage that. 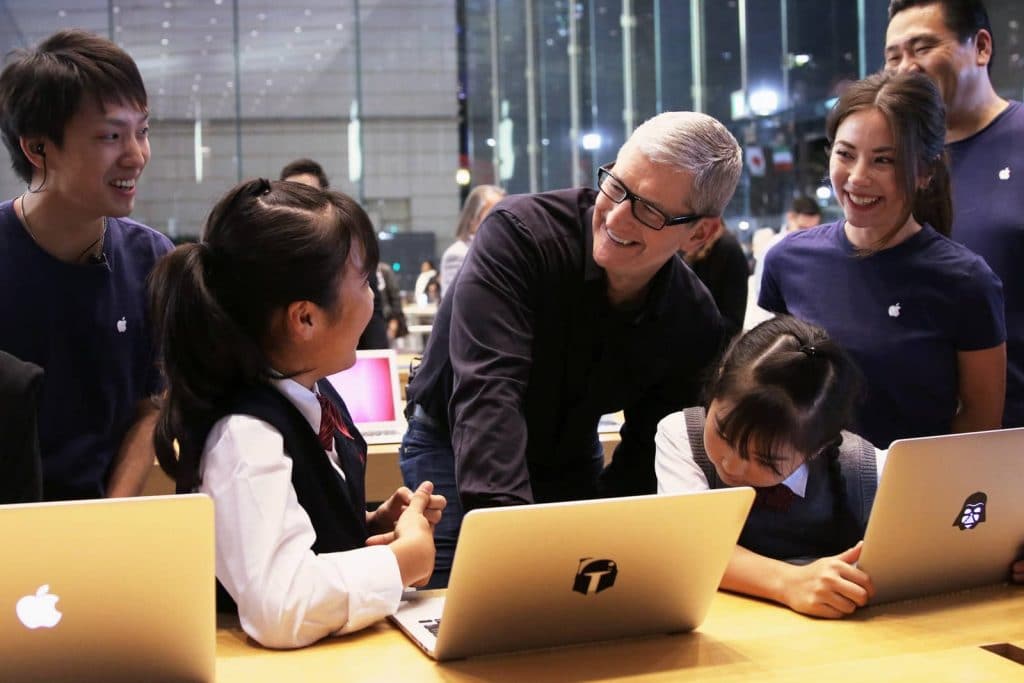 Two weeks ago, he spoke at the Utah Tech Tour about the isolating qualities of virtual reality. In “For Tim Cook and Apple, the Future is AR“, we thought that Cook was ignoring the rapid developments in Social VR. We’ve been following Facebook closely as it works to turn Oculus Rift into a social platform.

How do we value communication?

But Tim Cook’s point is really more about the status of our social interactions in the future. These are less technology issues than they are cultural issues. Will we fully accept realistic avatars in virtual environments as authentic forms of communication? Right now, they’re simply a novel experience. Can they replace human contact?

Our relationship to previous technology is a guide here. Do phones bring us together or separate us? If I don’t know you well, why are you calling me? I’d prefer an email. Here, we are judging the technology not by itself alone, but by how it fits with other modes of contact. There were points in the past when the phone was seen as a depersonalized mode of communication. But in the digital world with multiple avenues of connecting, it can be overly personal. Will we do the same when it comes to judging virtual reality? Its value may well depend on the other options available.

Some day, Social VR may seem deeply personal. We simply do not know. All we do know is that we are entering a science fiction future that will shortly seem surreal.

But if Cook’s interview was only hinted at Apple’s plans, BuzzFeed offered more. Here’s a concise summary of how Apple’s moves are leading to an AR device:

Back in 2013, Apple acquired PrimeSense, the company behind the the motion-capture sensors used in the original Microsoft Kinect gaming hardware. Then in May 2015, it acquired German augmented-reality firm Metaio. A few months later,Apple snapped up Faceshift, the outfit behind the real-time motion capture technology used in Star Wars. This year, it poached VR research scientist Yury Petrov from Facebook’s Oculus division and hired Magic Leap’s Zeyu Li to be its “senior computer vision algorithm engineer. . . . Apple also put on its payroll Doug Bowman, the Director of the Center for Human-Computer Interaction at Virginia Tech.

And the technical developments go far beyond that new iPhone 7 with its dual camera lens.

In Apple Watch, the company has a spatially aware wearable device outfitted with an accelerometer and GPS. In its new AirPod wireless earphones, Apple essentially has a pair of diminutive, spatially aware microcomputers — each one with an Apple W1 wireless chip (the company’s first), two accelerometers, two optical sensors, beam-forming microphones, and an antenna. 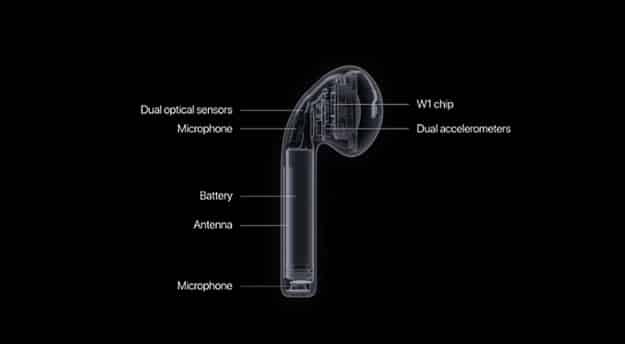 If anything is the giveaway here, it’s the AirPod wireless earbuds. And they are fascinating. Everything points toward them as essential components of an augmented space. Buy them now and you’re just listening to music. But you just put two accelerometers in each of your ears.

A year or two from now it may hit us why Apple cut out the traditional headphone jack. It wasn’t about size. Or waterproofing. It was about figuring out where your head is located in a digital space.

While the news swirls with AR and VR developments, Apple may be getting ready to throw down a virtual gauntlet. And it could be a game-changer for Apple and augmented reality. 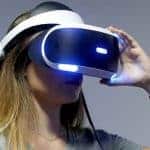 Playstation VR Arrives – the Next 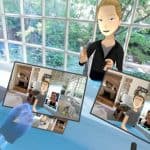