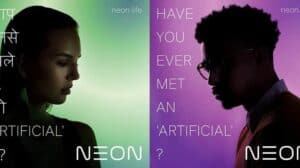 Samsung’s Neon project was the talk of CES 2020 – no mean feat at a conference that boasts 4,000 exhibitors and over 200,000 attendees. It’s hard to find anything at CES, but seemly, everyone found Samsung’s project on artificial humans.

Whether Samsung’s experiment results in artificial humans or glorified chatbots remains to be seen. But even if it’s only the latter, it would be a nice level up from the awkward chatbots that inhabit our airports and malls (and while away their hours in chatbot loneliness).

Despite the demo, Samsung didn’t share many details about the project. But it’s still a glimpse into our avatar-inhabited lives in the future. Years from now, people will look back on these demos and marvel at how quaint they were.

What is Samsung’s Neon Project? 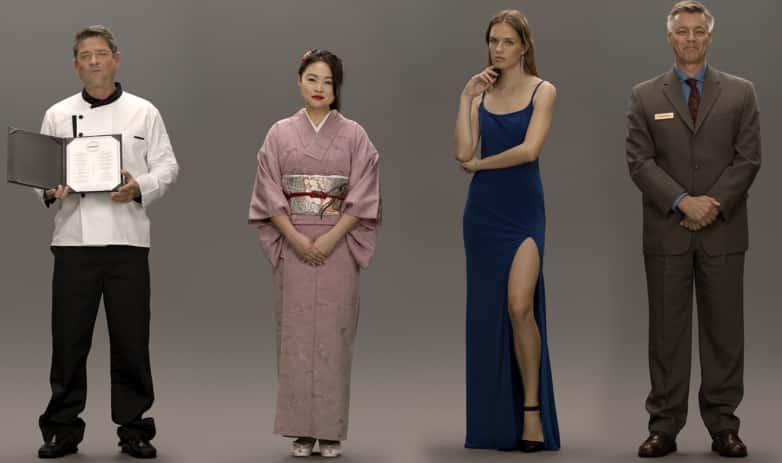 So let’s dive in. Samsung’s artificial humans were born out of its STAR Labs (an acronym for Samsung Technology and Advanced Research Labs). The virtual beings or Neons are described as,

Not an AI assistant. Not an interface to the Internet. Not a music player. Simply, a friend.

It’s a fascinating step toward a more lifelike digital being. Thankfully, you won’t be saying, “Okay, Neon,” as you do with your Google Assistant or other smart home devices. Instead, you’ll just ask for “Frank, Natasha, or Hana.” I see a future relationship disruptor here, but that’s another story. It could also upend workplace dynamics and higher education.

I can hear students now: my artificial human is much more engaging and helpful than my professor. Indeed, it will be hard to compete against a virtual being that doesn’t need sleep. Somewhat like being a car service competing against a well-known company that doesn’t own any cars or hires any drivers (outside of the gig economy).

You might say Samsung’s Neon project is trying to make something more like Magic Leap’s Mica – an AI-driven being that comes across as very human. What is remarkable about Mica is not the AI, but the human gestures and reactions (even if they are driven by AI). That what captivates us and it could do the same here.

That said, we’re nowhere near having avatars walk around our homes or educational institutions. The Neon beings are oddly confined to vertical screens at the moment. Call them the “flatties” of the approaching avatar era, not much different than our traditional movies. Better tech, but the same format.

. . . a computationally created virtual being that looks and behaves like a real human, with the ability to show emotions and intelligence.

So far, so good. Now, if only Samsung had given us more details.

Unfortunately, Samsung followed the track of most tech companies by emphasizing hype over reality. At the demo, STAR Labs CEO Pranav Mistry veered off to another realm. The Verge quotes Pranav,

Neon is like a new kind of life . . . There are millions of species on our planet and we hope to add one more.

And they caustically add,

Because nothing says “grounded and reasonable” like a tech executive comparing his work to the creation of life.

Worse still, in the introduction of Neon to crowds of tech aficionados at CES, all of the promotional images never get beyond promotional status.

Scenarios shown at our CES Booth and in our promotional content are fictionalized and simulated for illustrative purposes only.

In other words, what we saw at CES tells us little about what Samsung’s Neon project will actually deliver. If you’re going to give us artificial humans, then, by all means, do so. We have enough illustrations from SciFi to tide us over in the interim.

This was early-stage stuff for Samsung, but they are promising to deliver a beta version later this year. And they’re committing the resources to make it happen – $22 billion invested in AI and 5G. That’s all well and good, but we would be surprised if anything more than a minimal amount of funding goes toward addressing the ethical questions Neon will raise.

So what makes a Neon different? Unlike your Alexa, your artificial human will come with “intelligence, learning, emotions, and memory.” Yes, you could hurt its feelings. One assumes that you can also make it feel better by how you interact with it. It remains to be seen how human it will actually be. Will it have momentary memory lapses? Or will it draw upon its AI origins and ruthlessly recall every detail of every interaction with you?

It will be an interesting and bizarre step in human progress – finding ourselves having to care about the feelings of the technology we’ve created.

There’s a touch of Eric Garland’s Ex Machina here, one of the best cinema treatments of an artificial human and the person who begins to care about her. 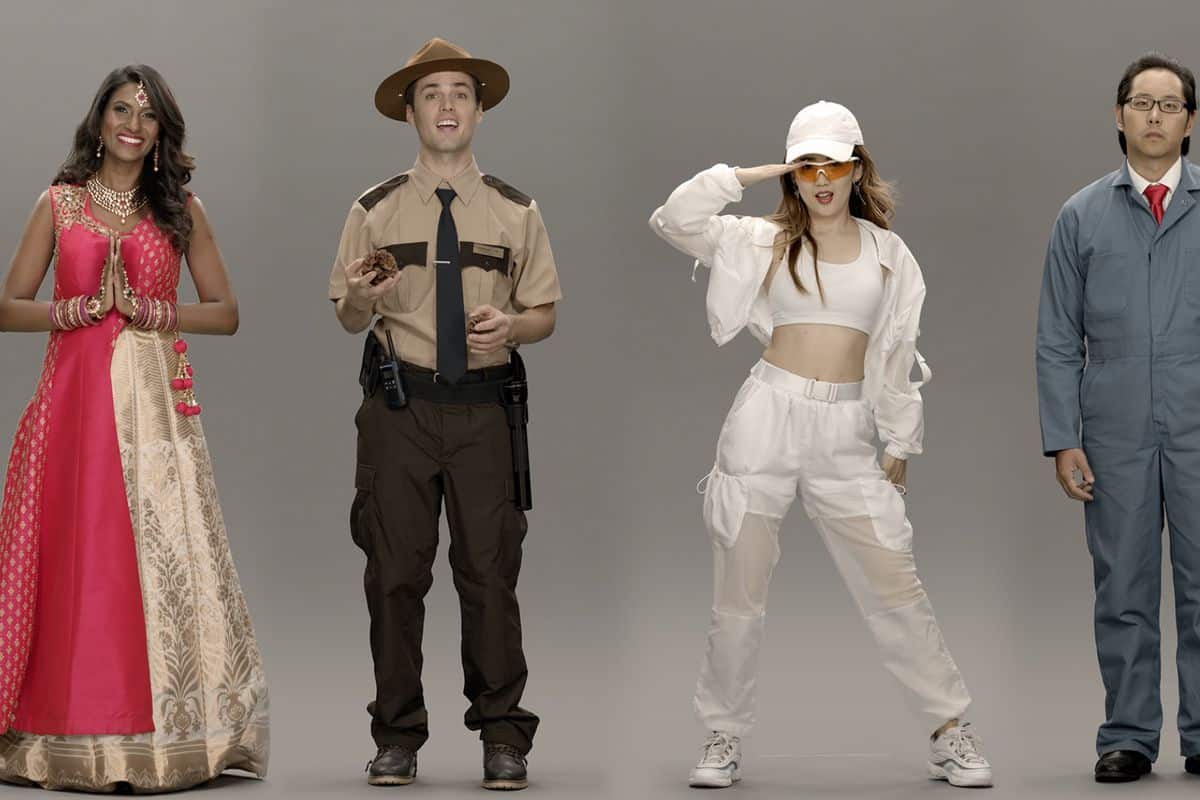 As CNet notes, all of this raises a host of questions about introducing artificial humans in our lives.

The comparison with Microsoft’s Tay is particularly apt. The more unscripted the virtual being, the more freedom it has. And with that freedom comes the ability to embody the more sordid aspects of the human psyche.

A Glimpse of the Future

We still don’t know how the avatars in Samsung’s Neon project are created. There were references to a proprietary software named with appropriate gravitas, “Core R3.” Are they relying on AI-generated expressions? Low-latency delivery of high-resolution video? It’s well-executed but no one seems to know.

However, we won’t doubt for a minute Samsung’s ultimate vision here:

In the near future, one will be able to license or subscribe to a NEON as a service representative, a financial advisor, a healthcare provider, or a concierge. Over time, NEONs will work as TV anchors, spokespeople, or movie actors; or they can simply be companions and friends.

As with all cutting edge technology, that means it will be in the hands of those who can afford it first before it gains reach among the broader public. All the more so as it comes as a subscription service. Think your licensing models are challenging enough in Higher Ed and the corporate sector? Just wait. That budget line for artificial humans is coming soon enough.

We have no doubt that we’ll surround ourselves with virtual beings in the future that act as our personal tutors, provide financial advice, healthcare services, and exist for our entertainment. The only questions are how will we relate to them and what will we allow them to do.

In truth, everyone at CES missed the transformative moment – mainly because it wasn’t there. That moment will be when Samsung’s Neon project frees itself from the flat screen of traditional media, and the artificial humans step into the immersive environments of our future lives. That will be the moment that changes everything.

Samsung proved we’re not there yet. Our avatars imprisoned on flat screens, our immersive environments scattered and requiring too much bulky technology. Even so, they took us one step closer to it. For now, it’s a project worth following and we’ll be on the watch for more details.