The ever-inventive David Attenborough has produced a 360 video simulation of the largest dinosaur ever discovered. At 37m long and weighing 70 metric tons, Titanosaur now holds the record as the largest species that we have evidence for. Perhaps more amazing is Attenborough’s own monumental body of work that spans over six decades. At the age of 88, he continues to experiment with new media.

Someone needs to give Attenborough Nokia’s new OZO virtual reality cameras with 360 sound. I can only imagine what he might do with it.

A Life of Using New Technologies 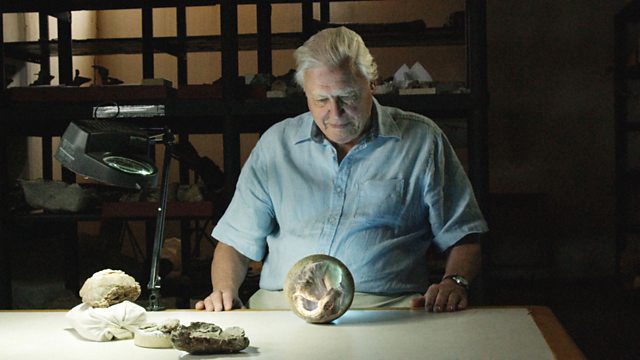 David Attenborough’s work has shaped and transformed our understanding of the natural world. Here’s some of his innovative work over the years:

Time-lapse depicts the snaking tendrils of the dodder plant (Private Life of Plants, 1995)

Midnight encounter with a kiwi (Life of Birds, 1998)

Here’s his 360 video simulation  of the Titanosaur:

The Challenge of Encoding 360 video

YouTube’s embrace of 360 video and the wide distribution of Google Cardboard has opened up a new video medium. However, the challenge with both 360 video and VR is file size. It’s going to require new infrastructure and new encoding techniques.

And here’s where Facebook stepped up (with a degree of self-interest, of course). At the recent [email protected] conference, they announced a new 360 video encoding technique. It’s been uploaded to Github and available for anyone to use. Facebook’s Evgeny Kuzayakov and David Pio said in a blog post.

Both 360 video and VR create immersive environments that engender a sense of connectedness, detail, and intimacy.

Of course, all this richness creates a new and difficult set of engineering challenges. The file sizes are so large they can be an impediment to delivering 360 video or VR in a quality manner at scale. We’ve reached a couple of milestones in that effort, building off traditional mapping techniques that have been powerful tools in computer graphics, image processing, and compression.

Here’s their short video on how the encoding process works:

To see where we’re going with this think about where we’ve come from. Facebook started as a text-only service on February 4, 2004. It quickly grew into a social media powerhouse and photo-oriented platform. Now, it’s becoming a major video site with over four billion video views a day.

When it comes to 360 video, we’re at the equivalent of where Facebook was with text. In just the next five years, we will see profound changes in the learning resources we have available to students.  And that sense of “connectedness, detail, and intimacy” Evgeny Kuzayakov and David Pio point to is important to learning. And audiences in general.

The ultimate destination of VR goes far beyond what we can do with 360 video but this the place to begin. For if we do not experiment with and embrace new media forms, we too will soon be nothing more than a strange apparition in someone’s virtual reality space, an artifact from another era.

To put it more bluntly, no different than a dinosaur.