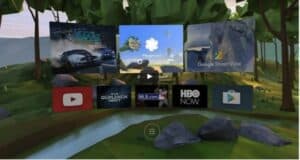 Here’s the Google VR news from the wide-ranging keynote at the I/O conference. The speculation that we’d see a new VR headset didn’t come to pass. But we got designs and standards for a new one and a whole lot more.

The main “VR at Google” session on May 19th may bring additional news. We will be livestreaming that at 9:00am Pacific, 12:00pm ET.

First, here’s the announcement on the Google Official blog:

On top of Android N, we’ve built a new platform for high quality mobile VR called Daydream. Together with Android manufacturers, we’re working on upcoming phones, and sharing designs with them for a VR viewer and controller that will be really immersive, comfortable and intuitive to use. Your favorite apps and games will be coming to Daydream too, including Google’s—like YouTube, Street View, Play Movies, Google Photos and the Play Store. More to come this fall. 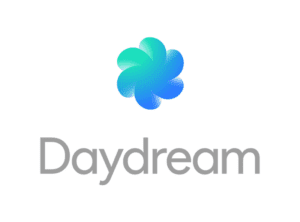 The main news today was Daydream, which will be a central element on the next generation of Android phones. Daydream involves both software and hardware, and will require manufacturers to meet new technical specifications. As The Verge notes, the specs focus on ” . . . better graphical performance, higher resolution, and a sophisticated array of sensors.”

These are all elements that mobile VR lacks. And the current Android phones won’t make the cut. The new Google VR standards have already been accepted by eight Smartphone manufacturers – Samsung, HTC, Huawei, LG, ZTE, Asus, Alcatel, and Xiaomi.

And along with the standards comes a suite of apps and content:

Google has created special VR versions of YouTube, Street View, the Google Play Store, Play Movies, and Google Photos. It’s also recruited a number of outside media companies to bring apps to Daydream, including streaming platforms like Netflix and gaming companies like Ubisoft and Electronic Arts.

Google didn’t ignore the VR headset option, but it didn’t exactly embrace it either. At least not in the way the tech press thought they would. There will be a new headset that looks like a cousin of the Samsung Gear VR. But it’s just design and tech standards, not hardware that Google will produce.

The company provided a reference design for the headset and remote onstage, which will allow developers to design their own VR products complete with motion sensing. New smartphones with the right complement of sensors and processors will take advantage of the new VR versions of YouTube, Google Play Movies, and other apps Google is promising.

All of this seems very promising for virtual reality and incredibly smart for Google. With Android, Google’s now a major player in the Smartphone market. You don’t have to build when you provide the platform. And Mountain View could take the same approach with virtual reality. If everyone builds to the specs, Google will be happy to provide access to content. And take the advertising revenue and other benefits that search generates.

Daydream will officially launch this fall. While we would have loved to see a completed VR headset, an all-encompassing set of standards should send mobile VR into overdrive.

All this is good news for the education market as it will bring better quality and more comfortable mobile headsets and controllers. The Daydream platform will provide apps and content can propel VR use in education.

Of course, this creates some serious questions for IT admins, faculty and students in Higher Education – what to do with all the iPhone users. The ecosystem for Android phones is now prioritizing the integration of virtual reality. If Apple doesn’t move quickly, they’ll be left behind in the new media revolution.

And what about that Google VR hand controller? It’s not only simple in its elegance, but it looks insanely fun to use. You better unchain your artistic side. We see an inexpensive version of Tilt-brush coming to mobile VR in the near future.

Now let’s see what Thursday’s I/O sessions have to offer. 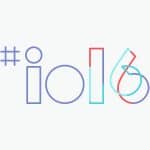 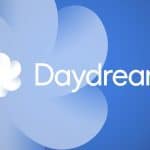