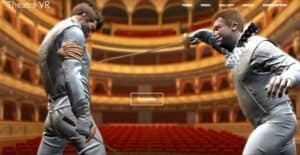 Theater VR is a fascinating multi-player platform that lets you tap into your inner actor. If VR makes you the character in a scene, then Theater VR turns you into a character in a virtual play.

As Road2VR put it, it feels like an app

. . . that’s been seemingly ripped from the pages of Neal Stephenson’s novel The Diamond Age (1995).

The platform is still in development and not yet released to the public – though if you happen to be passing through Prague in the Czech Republic where the company is located, you may get to see a demo or try it out.

What is Theater VR? 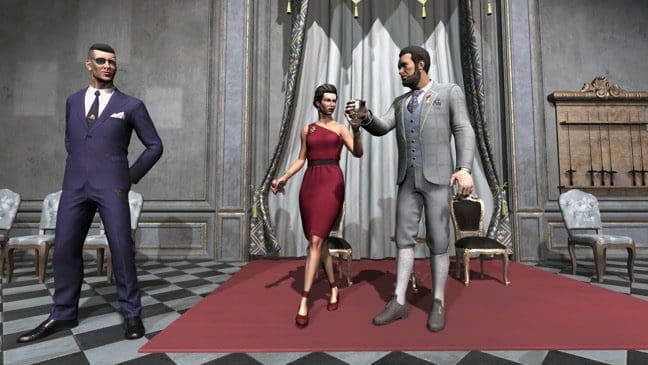 Theater VR is not seeing a play in 360° as in the incredible performance of “Wait for It” from Hamilton or the “Circle of Life” from the Lion King. Instead, it’s putting you into a virtual theatrical environment with virtual characters

From Theater VR’s own description:

Theatre VR is a unique project that allows anyone to experience what it is like to be an actor. You choose a play, a role and then you say your lines, move around the stage, and make acting gestures while the other characters are driven by computer. Theatre VR is a shared experience so you can enjoy it with your friends or strangers.

We’re not sure what “driven by computer” means here. Are the virtual characters preprogrammed or drawing on AI? If they’re not using AI now, it seems like an obvious evolution of the app.

For now, all we have is a few tantalizing images and a short trailer. As Road2VR describes it:

The creators have made a functional demo that includes the last Hamlet scene—a fencing match between Hamlet and Laertes as they duel in front of Hamlet’s cousin, King Claudius, and Queen Gertrude.

This is only the beginning

Is this a form of social VR on steroids? Or perhaps VR gaming as it should be? And not those VR teaser trailers of traditional games that we’ve been seeing.

Your only choice in the current platform is Hamlet, though others are in the works. But if it takes off, you could have access to an entire range of theater from around the world in VR. With you playing the role of the character you select.

Right now, the virtual characters in Theater VR look artificial. But just as the visual quality of our video games changed dramatically over the past decade, so will the realism of characters in VR.

Theater VR has the potential to transform the way we teach drama and literature. More, it could transform theater itself in the same way that YouTube has given voice to thousands of musicians and others with a particular talent.

Spin out a possible development here. You could envision a YouTube-like platform of scenes and roles where everyone participates. No longer sharing videos, but scripts. Roles that you’re invited to step into and play. It may be another clue on how VR taking us closer to the HoloDeck.

Of course, Shakespeare’s famous line from As You Like It is dying to be quoted here:

All the world’s a stage,
And all the men and women merely players;

But few readers go through the melancholy Jaques‘ monologue to the very end, where he says

HoloDeck or mere oblivion? We’ll leave that question with you tonight. 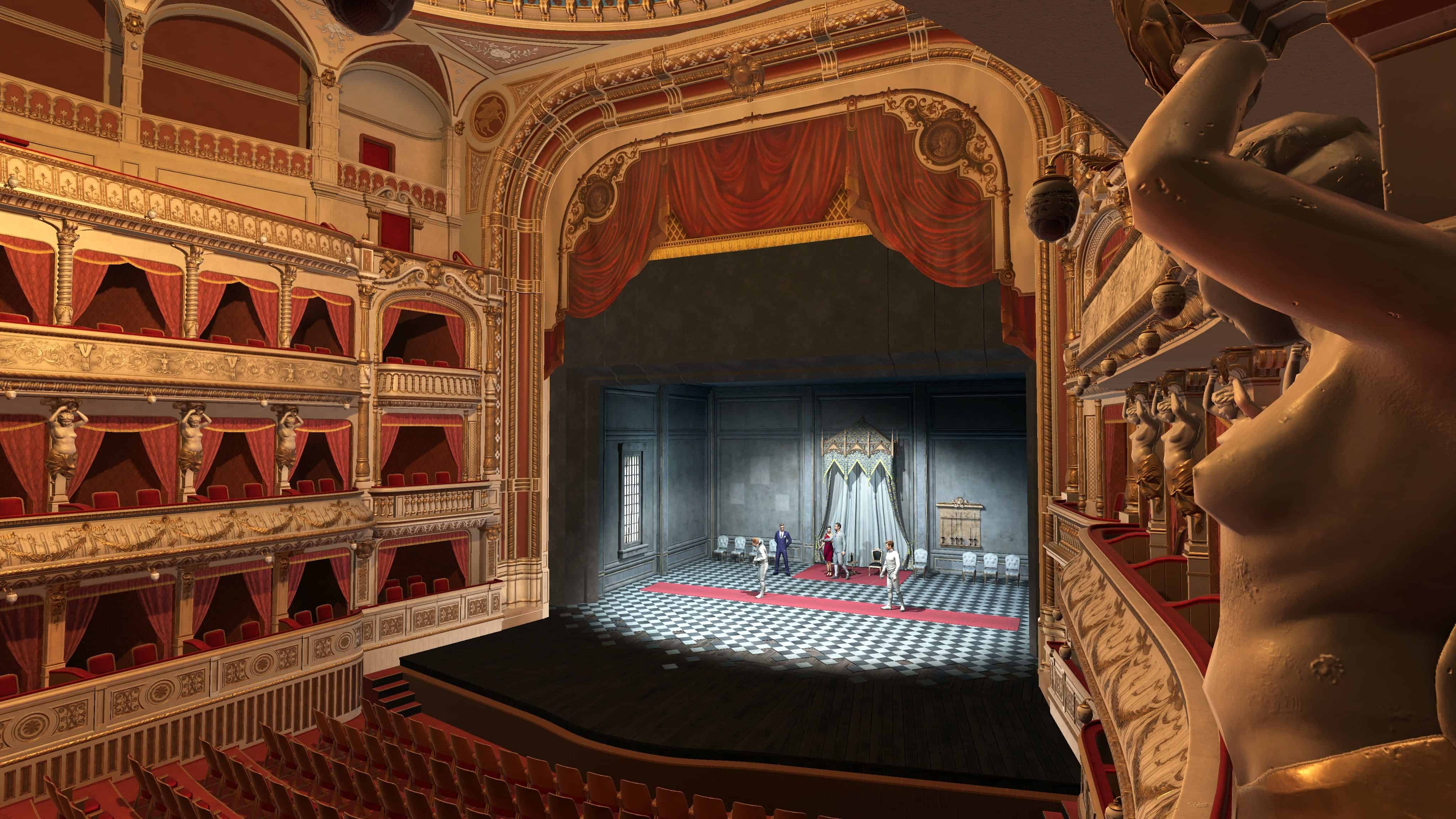