Have you tried the new Harry Potter AR game? Everyone seemed to be breathlessly waiting for the release of Harry Potter: Wizards Unite. It would be another step toward the mass adoption of augmented reality. But it looks like we’re going to be waiting a little longer.

Three years ago, Niantic’s Pokémon Go was all the rage. According to Sensor Tower, which follows the global app economy, the July 6, 2016 release saw 7.5 million downloads in the first 24 hours. Within a week, it had over 32 million downloads. Crowds of people were swarming public spaces with their smartphones, all joining in a singular, yet collective, AR experience.

For us and many others, it was a watershed for augmented reality. It was the first time we had seen AR impact human behavior so dramatically.

As for the highly anticipated Wizards Unite follow-up, all it could muster was an initial 400,000 downloads. And the reviews are equally dismal. Niantic may still turn this around, but we’re deeply skeptical. So we’ll wave our wizard’s wand and see if we can conjure up a few insights.

First, as any game studio knows, one wildly successful project doesn’t automatically beget another. Second, the storyline is everything. Finally, when it comes to AR, keep it simple.

More complex AR experiences will succeed once we have inexpensive glasses. But when you’re asking people to keep holding their smartphones in front of them, frustration is closer than the next Pokémon. Let’s unpack this a little further. 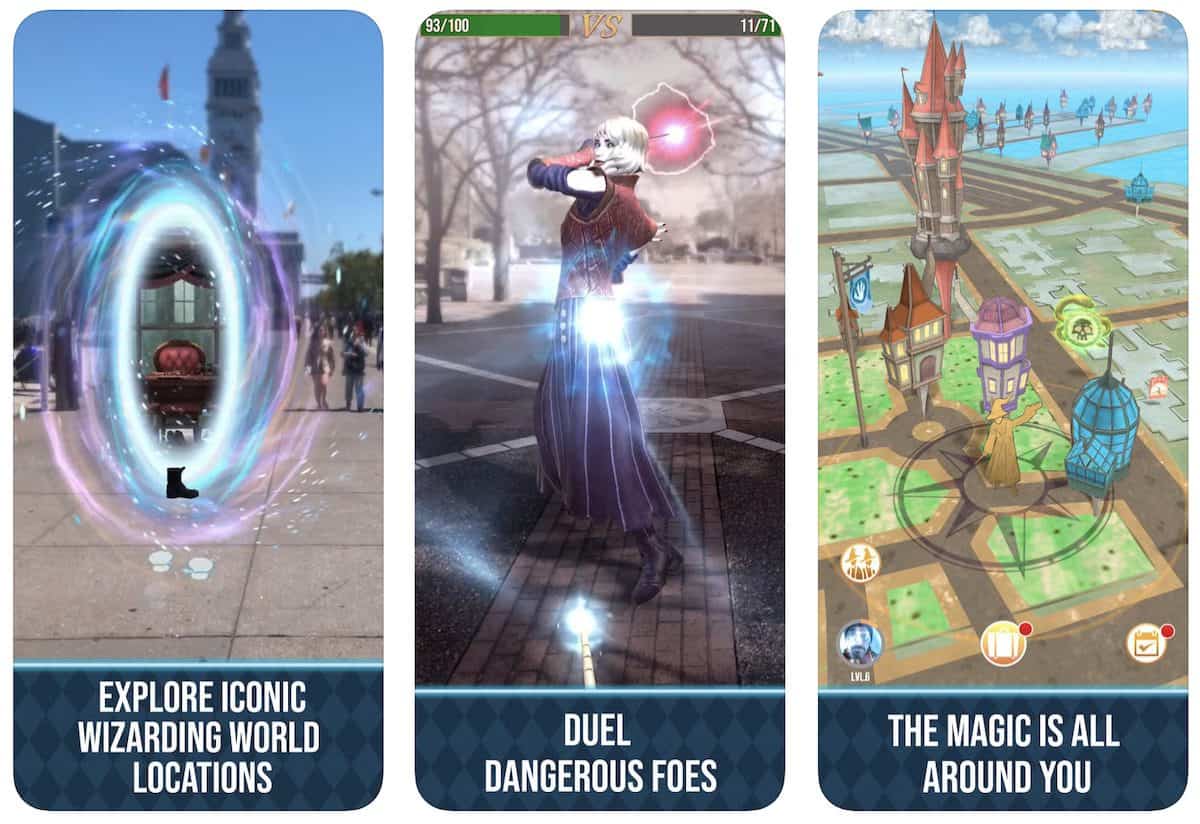 Not only is the game off to a slow and buggy start, but the storyline also makes little sense. From David Thier in Forbes,

To start with, the franchise is not nearly so well-suited to this style of game as Pokémon was. That carries over into the mystifying core concept, which has you retrieving “foundables” all over the world, which not only doesn’t have much to do with the books or movies but also just doesn’t make a lot of sense. Why have I encountered Ron Weasley five times today? Hard to say. The in-game fiction is both complex and a little dull, and certain to appeal to only the most hardcore Harry Potter fans.

But the real issue here is the complexity. As Ars Technica noted,

Wizards Unite tries to expand the Pokémon Go formula with a few new features and a completely new visual and gameplay theme. But its barrage of timers, currencies, missions, and screens full of text does something interesting: it proves in its failures how much more elegant and focused Pokémon Go really was. Getting this particular AR gaming formula right isn’t as simple as slapping fan-favorite characters on a go-anywhere phone game.

Like Pokémon Go, you’re walking around your environment to collect stuff. But there are beings that need to be saved – including Rubeus Hagrid and Professor Snape – that don’t add to the storyline. And way too many screens of text giving you nonessential details.

The simplicity of Pokémon Go matches where we are in augmented reality. The Harry Potter AR game is more suited to devices we would wear throughout the day – the kinds of AR Glasses we’ll have in the future. At some point, we’ll embrace stories that incorporate both AR and other experiences. But only when we can do so without clutching our phones.

The Progress of AR

After years of work, Niantic isn’t going to let the Harry Potter: Wizards Unite experience die overnight. They’ll make adjustments to the gameplay. And it will surely gain popularity as more Harry Potter fans download the app. But it will never match the levels we saw in 2016. To which some locales and museums will breathe a sigh of relief.

To Niantic’s credit, they’ve incorporated features that were not possible when Pokémon Go arrived three long years ago. The models are incredibly realistic. You can walk around them and even do a selfie. And there are options galore as you weave through the story.

But that is precisely why the Harry Potter AR experience fails. Just because you can do something with immersive technology doesn’t mean you should. A razor-sharp focus on a simpler storyline would have been far more engaging.

You don’t have to be a fan of Pokémon Go to get caught up in it. But the Harry Potter experience misses the magic of augmented reality.