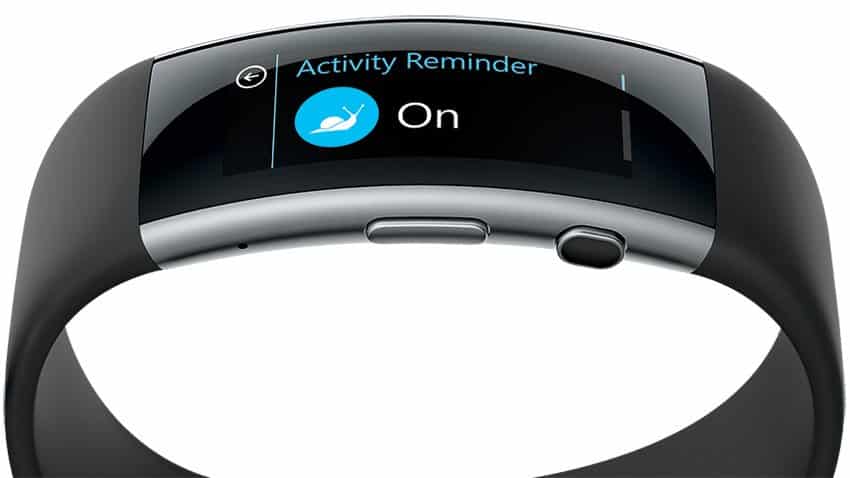 Wearables won’t turn you into your own physician, but they are clearly helping people monitor their health and affecting healthcare. That’s the conclusion of a Northwestern University study. According to Digital Trends, the statistics are pretty remarkable:

. . . there exists a stunning 44-percent decrease in sick days for employees who don wearables on a daily basis. Experts estimate that if this trend should continue, over the next 25 years, wearables could help cut hospital costs by way of remote patient monitoring, saving the healthcare industry some $200 billion. Indeed, a three-year study of insurance company Humana shows that employees who use wearables have saved 18 percent on health care already.

But Americans also seem more ambivalent about the use of wearables in the workplace than their counterparts in other countries. Here’s the data from a 2014 workforce study: 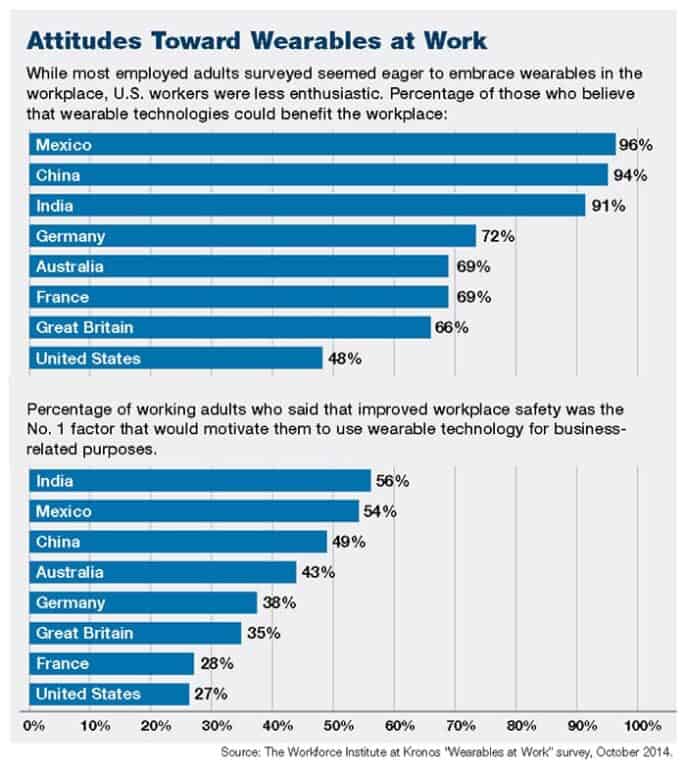 The Northwestern project confirmed the privacy concerns with 82% worrying about an invasion of privacy and 86% thinking wearable technology could make us vulnerable to security breaches.

What is interesting in the Northwestern University study is how wearables may affect the perception of our longevity,

The positive attitude that wearables bring to the process of aging may affect more than our general happiness. A January 2016 study, “Negative Perceptions of Aging Modify the Association Between Frailty and Cognitive Function in Older Adults,” published in the journal Personality and Individual Differences concluded,

Everyone will grow older and if negative attitudes towards aging are carried throughout life they can have a detrimental, measurable effect on mental, physical and cognitive health.

The study suggested that a positive outlook had a greater impact on physical and mental condition than other factors. That sense of control a Fitbit or Smartwatch gives you could be more important than the actual number of calories it tracks.

The impact of wearables may expand in the healthcare profession as patients are provided with medical devices. Juniper Research estimates that some $36 billion a year will be saved by 2018 through remote monitoring of patients.

So far the FDA has stayed out of regulating the wearable technology market. And the technology companies are more than happy to keep it that way. But with these numbers, you can expect to see the insurance companies get more involved. And ultimately, that may mean the end of the current hands-off approach.

These trends are bound to impact the workplace and education more directly. Fitbit has struck a number of creative deals with corporations to enhance employee wellness programs, though they are all voluntary. They may stay voluntary but employees may be paying more to opt out.

And it may not be long before regulations in higher education have us asking students why they’re not wearing their fitness monitors as the walk into class. With the wearable technology market expected to reach a 150 million units in the next two years, expect profound changes ahead.