As CES 2019 comes to a close, we take a look at TPCAST’s wireless solution for VR headsets. The Chinese company originally made HMDs such as the HTC Vive wireless. Their second generation product will stream VR content from a PC to the inexpensive Oculus Go. And plans are in the works to support the upcoming Oculus Quest.

It’s a solution that’s both interesting and deceptive. And not helped by some poor reporting from CES 2019.

It might seem like an easy way to upgrade the Oculus Go, letting you get more life out of the popular, low-cost HMD. But you’re still going to run into the limitations of the headset itself.

Is it a wireless solution for VR headsets? 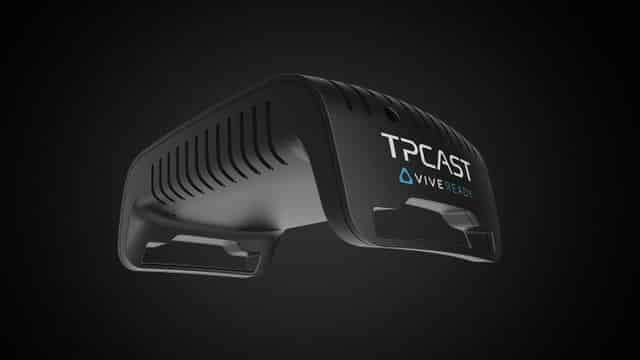 TPCAST Air achieves our vision of TPCAST 2.0 – it provides wireless VR transmission in the short, medium and long-range distances. TPCAST Air for Enterprise combines the best of both worlds, which is the lightweight and low-cost standalone headset with the power of PC graphics. By that, it delivers lightweight mobility and high-performance rendering.

Time for a little skepticism when someone talks about technology that “combines the best of both worlds.”

TPCAST will get you around the limits of the processors in standalone HMDs. You’ll be able to view any of the VR experiences from Steam that your PC can handle.

But viewing is about all you’ll do. Fully immersive experiences are based on six degrees of freedom (6DOF). They have to know not just where your head is, but the position of your body. If your headset doesn’t support 6DOF – and the Oculus Go does not – it simply won’t function in environments built for it.

Some poor reporting from CES 2019, makes it appear otherwise – but you can’t get around the limitations of the hardware. VRFocus drops the ball on this one:

Stream any STEAM VR game to a standalone VR headset with the TPCast Air.

Posted by VRFocus on Wednesday, January 9, 2019

You can look around, but that’s the best you can do in a 6DOF experience. “Great” is not the adjective that comes to mind.

Your only solution here would be to add something like NOLO VR to provide location-tracking for a 6DOF experience.

Trust us, unless you like messing with the technology, it’s not worth the trouble.

A boon for location-based VR

But there is a bright side. The one area that can truly benefit from a wireless solution for VR headsets is the location-based entertainment centers. Right now, all of them have opted for the laptop-in-a-backpack solution. It works well enough, but it’s bulky and requires additional support.

If you could stream high-end VR content to low-cost headsets, the entire process becomes much easier. Sensors on the HMD could make up for the lack of built-in 6DOF. And with TPCAST planning to support the 6DOF Oculus Quest headset, we may soon be able to relegate those laptop backpacks to a VR museum. Future generations will puzzle over the hurdles we had to overcome for our immersive experiences.

They wore backpacks to do VR – how quaint.

TPCAST in the future

In the long run, a wireless solution for VR headsets has lots of possibilities. If you’re in corporate training or education, you need this. You could begin to manage content delivery, simplifying the challenges of rolling out VR applications. And this is serious when you’re talking about thousands of employees.

VR entertainment centers and expos could just hand out headsets instead of fiddling around with the settings in each one.

But all that is a way down the road. TPCAST’s wireless solution for VR headsets is a good idea whose time has not come. We’ll check back once Oculus Quest is released.

That was Fast: Three AR Companies Fail i