In “Google Aims to Make VR Hardware Irrelevant Before It Even Gets Going” Simonite argues that Oculus’ well-thought out headset may be undermined by Google leveraging the technology we already have in our pockets.

We’ve seen this battle before

This is not the first time we’ve seen this fight between quality versus convenience. CD’s lost out to iTunes, and iTunes is losing to streaming music. And while it’s easier to read on our laptops, we increasingly skim through articles on our Smartphones.

The paradox is that it is Smartphones that brought down the cost of the technology, making Oculus a feasible project. Except that now our phones are getting so good, it’s unclear if many of us will purchase a standalone VR device.

From the MIT article:

The Rift offers a far better experience than Cardboard and has spurred tech and media companies to invest hundreds of millions in virtual-reality startups, content, and copycat headsets from companies such as Sony and phone manufacturer HTC. But the technological tide that made the Rift possible also works against it—in Cardboard’s favor. Even as the smartphone industry slashed the costs of the displays and sensors needed to build a good virtual-reality headset, smartphones have made people less inclined to spend money on PCs or on single-purpose gadgets such as cameras or GPS devices—and perhaps virtual-reality technology.

Increasingly we see students who have a Smartphone and tablet and pass on the purchasing a laptop. Especially if they have access to technology at work or home. 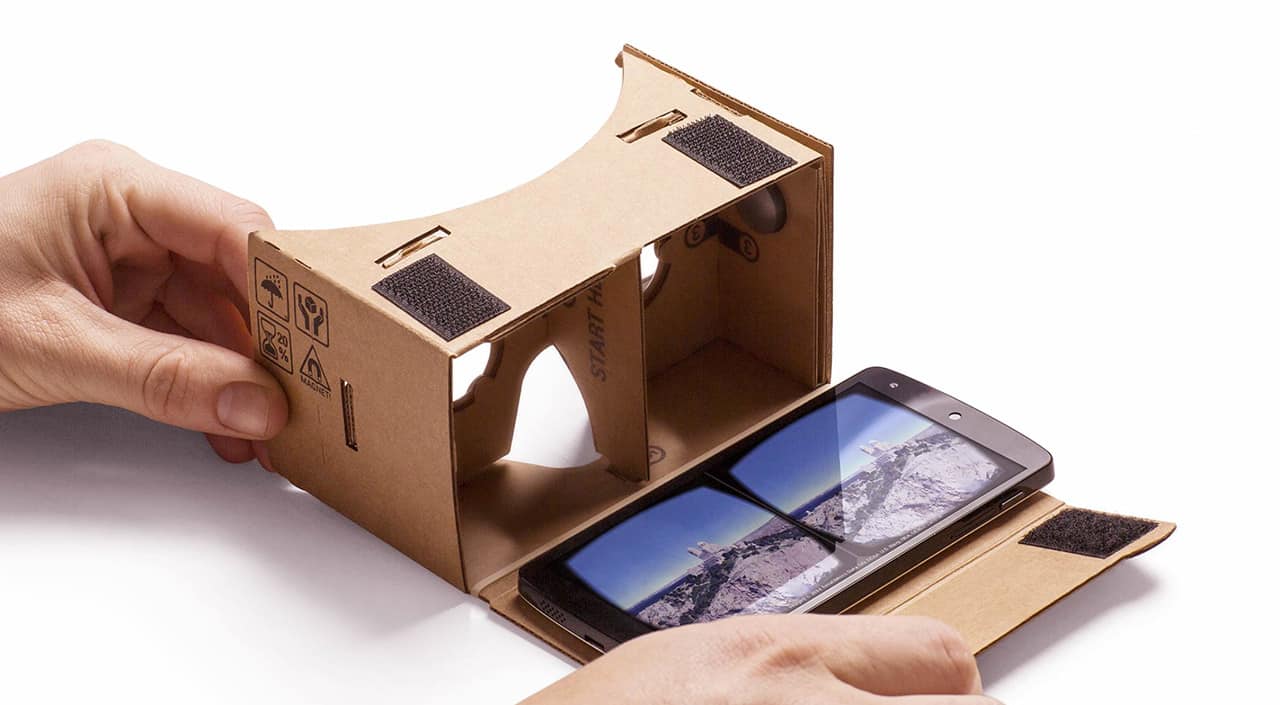 Let’s face it, a low budget device like Google Cardboard gives a low-budget experience. But it’s an experience anyone can have as long as they have a Smartphone and download some VR apps. The fact that you need to hold it to your face limits the length of time you’ll use it. But you’re missing the point if you compare it to watching a full-length movie. The average YouTube video is just a little over four minutes long. Use that as your benchmark.

The main thing is that Cardboard is a portable VR headset. You can use it almost anywhere you want – and that’s a huge plus.

In addition, businesses and organizations can distribute Google Cardboard as a way of experimenting with virtual reality. Just look at the New York Times project coming up this weekend – 1.1 million Cardboards will go to print subscribers so that they can view the VR journalism video, “Displaced”. It’s a fascinating experiment that depends on people bringing their own technology to the table. The NY Times need only supply some foldable cardboard with plastic lenses, compliments of Google.

There’s already over a million Cardboards distributed and millions more are on the way.

Google is talking with manufacturers about how their devices could help fix Cardboard’s limitations—for example, by upgrading their motion sensors to be more accurate and to update their readings more frequently, like those in Samsung’s Gear VR devices.

Games and cinema for the high-end 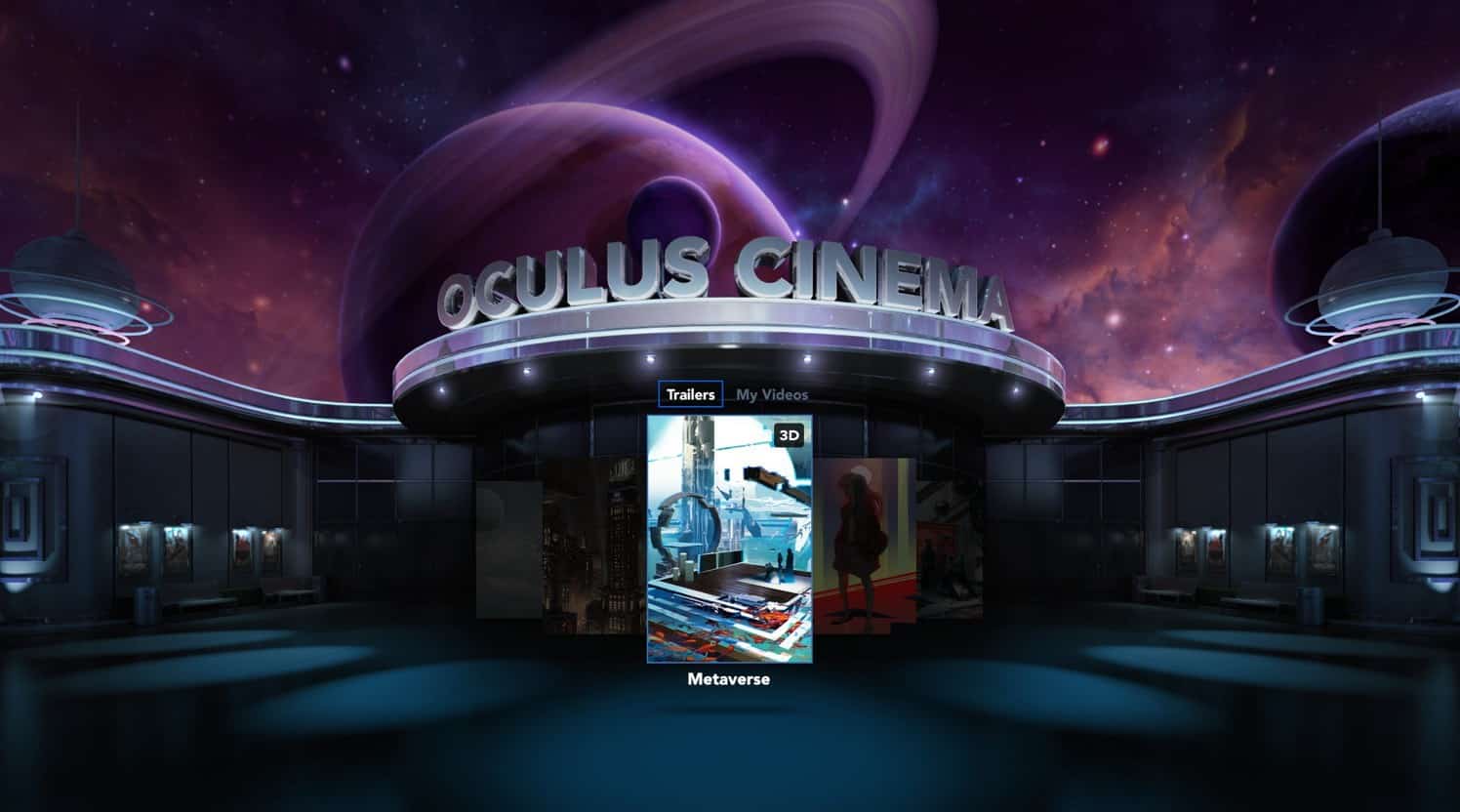 There’s still a strong niche market for the Oculus headset – basically anyone looking for a high quality VR experience. Gamers are central to this, and a number of commercial VR centers are getting ready to open. The latter get around the tethered limitation of Oculus by having you carry a small computer in a backpack (somehow, I can’t help but think of the Internet cafes of decades past when I read about these facilities).

And then there’s the entertainment and film industry, which is getting to near panic mode. VR content was all over Tribeca Film Festival (and other events) this year as the industry tries to figure out how to integrate VR into cinema (not easily says Jeremy Bailenson of the Stanford Virtual Human Interaction Lab). VR is a whole different experience, and you’re not going to have hundred’s of people sit in a room for 90 minutes wearing headsets. On the other hand, good cinema (in whatever VR form it takes) will require something more than a piece of cardboard.

Honestly, Samsung’s got an enviable position here since they are staking out the middle ground – Smartphone-based Gear VR headset. They could probably corner a major segment of the market except for one little issue – Gear VR only works with Samsung phones. In the end, device agnostic (almost) always wins. Samsung may just include iPhones in a future update.

And lurking in the shadows with a stack of patents and not a word is Apple. It’s almost impossible to imagine that the technology company that transformed itself into a major music distributor and Smartphone developer would take a pass on the VR market.

Google did a smart move by developing Jump, a camera for immersive 3D videos, and releasing it to the public. GoPro is piggybacking on this and Google hopes that Jump will become the standard for creating VR content.

Of course, no one can predict how the market will turn out. Google just wants to make sure that for the vast majority, their first experience of virtual reality – in both content creation and viewing – will be through them.

And for that reason alone, Google is way out in front of the race to VR.

Pushing the Fashion Boundaries of Wearab

Is there a future for Second Life in VR?