Sandbox VR is one of the latest players on the location-based VR scene. And we get the idea behind it – it’s easy to grasp when you’re living in cramped spaces in New York City. But even for those with a lot more square footage, VR entertainment centers are attractive. You don’t have to set aside an open room in your own home. It’s fun to play with others. You get access to VR technology you simply can’t afford to install at home. And then there’s that little matter of content. You get to step into experiences you won’t find on the Oculus Store or Steam.

It’s a Holodeck for a city. And if Sandbox VR and others have their way, we could end up with a Holodeck in every neighborhood.

But – and you probably knew this was coming – there’s a problem here. A huge problem in the economic model underpinning this approach. Let’s unpack how we got here and what the future holds.

Sandbox VR has no problem raising capital. They already pulled in a $68 million Series A round led by Andreessen Horowitz earlier this year. And this week, news broke of another $11 million round backed by A-list celebrities, including Will Smith, Justin Timberlake, Orlando Bloom, and Katy Perry. Kanye West is also involved in some way or another.

Too bad this kind of funding doesn’t get pushed into rolling out VR in education and research – but that’s another story.

Dissatisfied with the experience possible in consumer VR, a team integrated a movie quality motion capture rig, built real time inverse kinematics, made it work with multiple users in constrained spaces, developed a 30 minute long AAA game experience, constructed a retail store from scratch, figured out how to market it virally.

Sandbox VR takes a different approach than some of the other location-based VR startups. They create a green room with minimal build-out. There are no props or stage sets. It’s all about the technology. Which means they can do this quickly.

Instead of props, they focus on the interactions with the participants. That gives their experiences a much more game-like feel. A promotional video shows the simplicity of it.

The Void made a huge splash back in 2016, but with their build-outs, it’s taken them years to get to 14 locations. Sandbox VR has more in common with Nomadic’s modular solution for location-based VR. But the latter invests far less in the tech and still only has two sites. 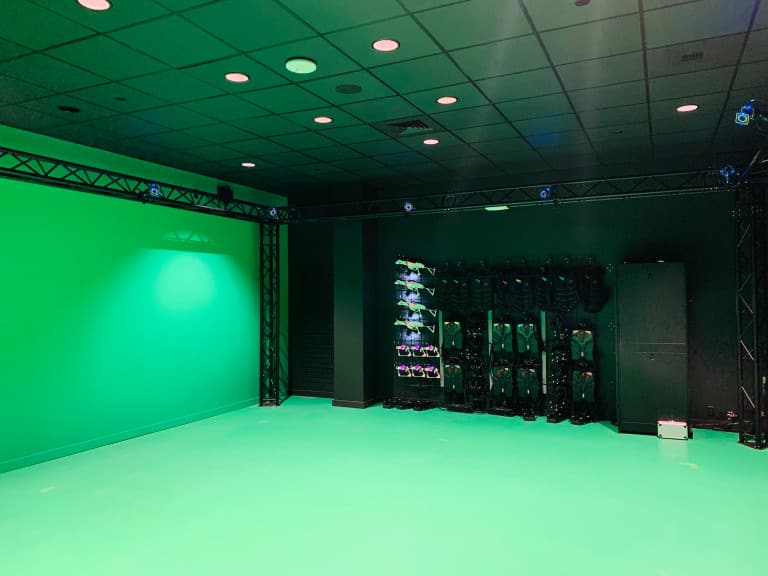 As Chen notes, they have tremendous flexibility. Their first location was in the “middle of nowhere” in a back alley in Hong Kong.

The company is currently operating 8 VR centers in cities including Los Angeles, Vancouver, Hong Kong and Singapore. By next year, executives plan to open 8 additional locations, including in New York, Austin, San Diego and Chicago . . . .

. . . . The open floor plan used by Sandbox VR also allows the company to more easily swap out experiences, and run multiple experiences at the same location. Some of the titles currently available in Sandbox VR centers include a “Deadwood Mansion” horror experience, an esports competition game called the “Unbound Fighting League,” and a science fiction-themed experience called “Amber Sky 2088.”

Not bad for a few years’ work.

There are lessons here for other organizations and universities building VR centers. Keep it simple as it’s not the facility but the technology that makes the difference. 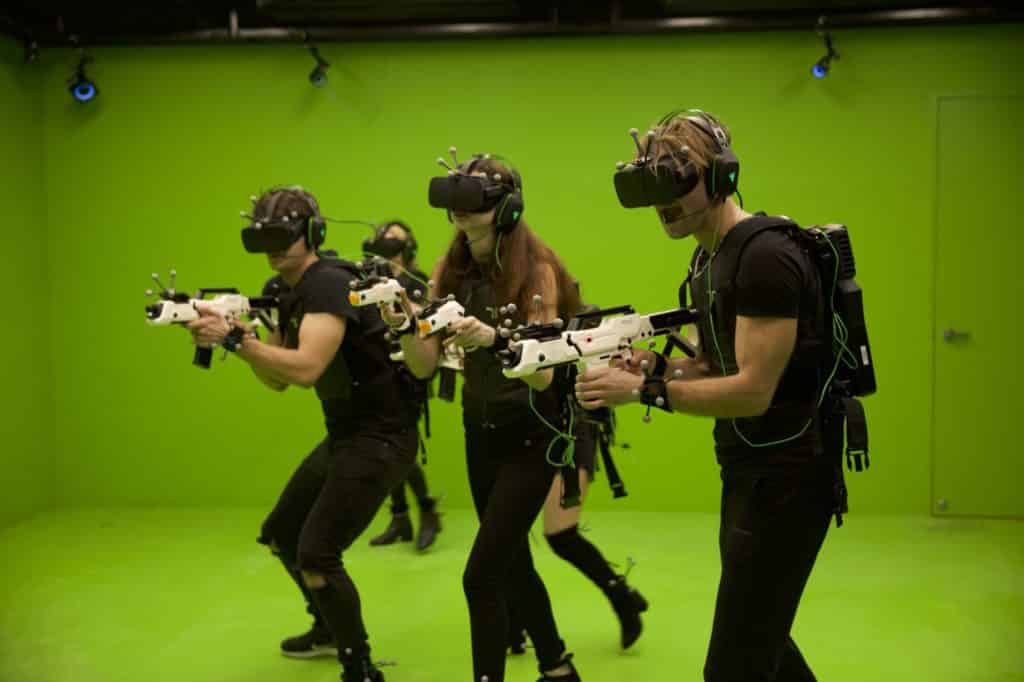 As Siqi Chen admits, Sandbox VR is not without its challenges.

The content side is especially difficult. The Void has done a mix of in-house content and partnered with ILMxLab, part of Disney-owned Lucasfilm. Sandbox VR is working with CBS on a “Star Trek” experience that will debut at its new San Francisco location.

That they can swap out content easier than The Void gives them more options. But it’s still a challenge and other location-based VR companies have shut down, including the Imax VR Centers.

About That Business Model

The other challenge can be expressed in two numbers – 48 and 30. It’s a $48 ticket for a 30-minute experience. Think about that for a moment. Eight visits and you could buy yourself an Oculus Quest that you could use as often as you like.

There’s no argument that the technology offered by Sandbox VR is significantly better. But in a few years, the novelty could wear off. Convenience and personalization will triumph over quality, just as it has with music. We may love good quality audio, but the vast majority of us are tied to our Spotify and Pandora accounts – the platforms are with us all the time. The Oculus Quest can’t compete on quality, but it’s compelling enough and rapidly improving. And it’s sitting right by my chair, ready to use. In fact, I’ve been taking Quest with me when I’m on the road.

We’ll give location-based VR a couple of years, but not more. Not that far in the future, the Holodeck won’t be found in a retail store. It’ll be in your living room.

Which is just where we expect it to be.