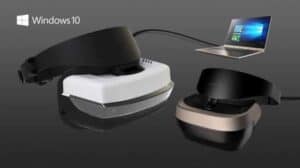 Microsoft’s new VR headset announcement was a surprise. Everyone was expecting another HoloLens demo or upgrade, and more about Windows 10. Not a full-blown virtual reality development.

So now Microsoft follows on the heels of Google. The only company seemingly not in the race these days is Apple. And you can only speculate in two ways on this. Either Apple will do what it did to portable music players with the iPod or it has indeed lost its way. Tim Cook keeps talking, and for now, Apple seems to be focusing on augmented reality, not VR.

Back to Microsoft’s announcement which is important on a number of levels. First, the headsets will cost only $299. That’s a significant step up from Google’s Daydream View but far less than Oculus or HTC Vive. It will be made by Microsoft’s partners, including Dell, Lenovo, Asus, HP and Acer.

Actually, all of Microsoft’s partners were already working in the VR space. As The Verge noted:

Acer is working with Starbreeze to produce the high-end StarVR headsets, and Asus showed off a leather-strapped headset behind glass at Computex. Lenovo and Chinese startup AntVR partnered for a mobile VR setup. While HP and Dell don’t have headsets, both have produced backpack-mounted PCs.

Soon, it will be easier to list who is not making VR headsets than those who are. 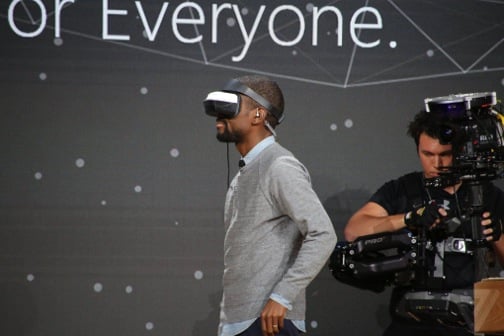 While we don’t have many details, the big news is that Microsoft’s new VR headset will come with inside out tracking. No firm details on this but it is a critical development. VRRoom describes what this means.

What is inside-out, six-degree of freedom tracking, and why is it a big deal?
The major selling point of Microsoft’s new line of devices is what’s known as inside-out, six degree-of-freedom tracking — and if they pull it off, it could mark a legitimate breakthrough for virtual reality. Six degrees of freedom refers to motion tracking that can tell when you’re moving through space, not just turning your head. Right now, it’s the key difference between a high-end headset like the Oculus Rift, and a mid-range or cheap one like the Gear VR or Google Cardboard.

But in order to enable 6DOF, systems like the Rift require an external tracking system that makes the whole setup more complicated and less portable. This is where inside-out tracking comes in. Instead of having an external camera read the position of LEDs on your head (which is how the Rift works), sensors built directly into the headset will detect how the wearer is moving and adjust their in-VR position to match. As Microsoft executive VP Terry Myerson puts it, this means people would have “zero need” for a dedicated VR room — they’d just put the headset on and start moving around.

According to PCWorld, it looks like Microsoft’s new VR headset is a tethered unit. Quite possibly they didn’t want to go with the all-in-one approach of HoloLens. It’s just not as comfortable when you are wearing a computer on your head. If you’re a regular reader of Digital Bodies, you’ll know that the cable is not our friend. Nothing breaks the illusion of immersion faster than being leashed to a stationary computing device. But we’ll withhold judgment for now and wait to see the final design.

There were predictions last year that 2016 would be the year of virtual reality. And with the pace of product announcements from the spring to this fall, it’s hard to disagree. And it will continue into 2017, when Microsoft’s device will be released.

If the inside-out tracking works smoothly and the visual quality is good, there may be some regrets among early buyers of Oculus Rift or HTC Vive. But that’s where VR is now – as soon as you make an investment, new developments appear. You can either sit on the sidelines (not wise) or plunge in and steel yourself for the innovations that will follow soon. Do it strategically.

And given that we still have two more months before the year closes out, expect more developments to follow. 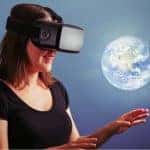 Off to Educause: VR, Visual Culture and 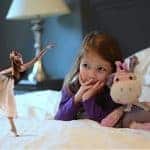