A lot of work has gone into HoloLens, but Microsoft is now promising to deliver inexpensive VR headsets by the end of this year. As with Intel’s Project Alloy, outside partners – including Acer, Asus and Lenovo – will manufacture the devices. You’ll be able to pick one up for just $299, significantly less than current high-end VR headsets. Acer is the first out of the gate this week, shipping a developer unit.

Technically, Microsoft refers to these headsets as Mixed Reality devices – they scan the room and reveal a grid when you get close to a wall. But unlike HoloLens, they’re not scanning objects in the room.  So while you may not bump into walls, you could still trip over your coffee table.

Mashable has the details:

The headgear is . . . lightweight and comfortable. It might be even more trouble-free to wear and adjust than Microsoft HoloLens, but unlike HoloLens, it is tethered. Since Mixed Reality partner headgear are 3D displays with six-degrees of freedom motion tracking, all the processing of and interaction with 3D imagery is done on the PC. As a result, two cables, an HDMI and USB 3, snake out of the back of the headgear and get plugged into a high-powered PC.

That powerful PC is needed now but by this fall, a Windows 10 update will support integrated graphics. And that’s where it gets interesting – you’ll be able to use a low-priced PC. With the $299 cost, it makes for a very compelling solution.

No definitive word yet on the social VR features. Intel’s merged reality headset scans everything in the room, including other users. As they demoed at CES 2017, multiplayer games (and one assumes, other activities) are a snap. Microsoft has only suggested that users with VR headsets from different manufacturers will eventually be able to interact with each other. As with Intel, it’s unclear if the devices will support current social VR platforms such as AltSpaceVR (where we find ourselves spending an increasing amount of time).

In the future, Microsoft envisions Windows as an immersive work, entertainment and gaming ecosystem. You’ll be able to draw upon HoloLens apps, Windows Universal Apps, and if you ever wanted to – though we can’t imagine that you would – even launch classic Win32 programs in a “desktop” view. According to Alex Kipman in CNet,

HoloLens is focused on task workers and enterprise. The affordable headsets starting at $299 are entirely focused on gaming and entertainment.

The challenge is that Microsoft wants to cover a broad range of human activity but you’ll need two devices to do it. Few of us currently use two Smartphones unless required by work, and it’s often a source of frustration.

The Microsoft VR headsets can scan a room, but they’re still tethered devices. HoloLens lets you interact with others, but it will not completely immerse you in a virtual environment. It makes you think back to Steve Jobs’ introduction of the iPhone:

The first one: is a widescreen iPod with touch controls.

The second: is a revolutionary mobile phone.

And the third is a breakthrough Internet communications device.

So, three things: a widescreen iPod with touch controls; a revolutionary mobile phone; and a breakthrough Internet communications device.

These are not three separate devices, this is one device.

We get it. And we’re not anywhere near a combined unit when it comes to immersive technologies. That said, Microsoft isn’t billing their VR headsets as revolutionary devices. It’s an incremental change, but an important one. Any device that can use the $500 computer you already own breaks down entry barriers.

The real test may be how these headsets compare to Samsung’s new Gear VR headset. And other mobile headsets are on their way. It will be a very crowded market this fall. But relying on a low-priced PC, Microsoft’s devices should help make virtual reality a mainstream experience. 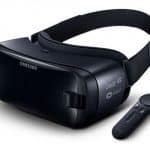 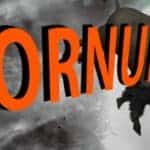 ‘Tornuffalo’ Shows us the Fu