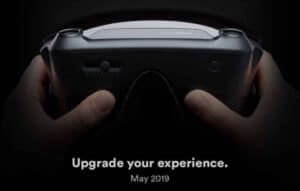 It’s been a long wait with endless rumors, but the new Valve VR headset is finally coming. 2019 is turning out to be the year of new HMDs, and we’re not close to halfway through. HP’s well-designed Reverb was announced recently, as was the Oculus Rift S – which will finally retire the original Rift.

Still to come – the long-anticipated Oculus Quest, and much more. 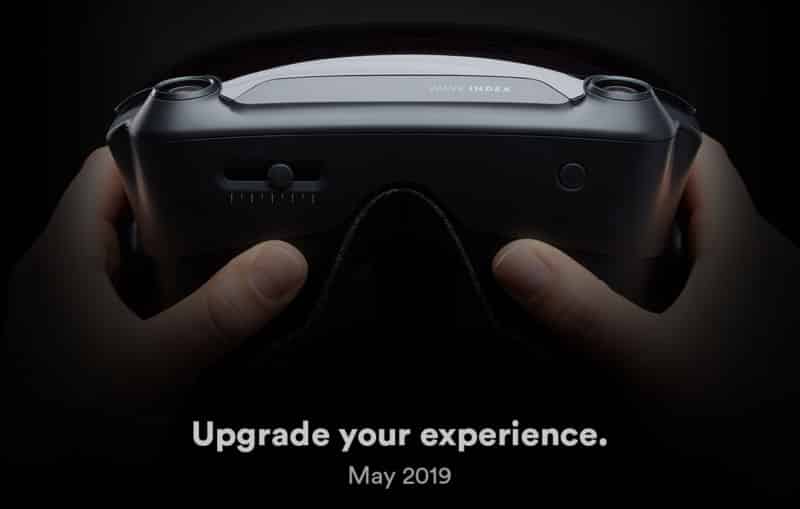 We still have only sketchy details on the device – called the Valve Index. An image and nothing more. But there’s much we can learn from it. We know Valve has been planning to go up against the high-end HMDs offered by Oculus and HTC. And they’re starting from a solid foundation with the Steam distribution platform.

Road to VR speculates on what the Valve VR headset will include:

From the photo we can infer a few things. First, the angle of the headset prominently shows a hardware IPD adjustment on the bottom of the headset, and we’d be surprised if this wasn’t specifically chosen to highlight the fixed IPD of the Rift S. Second, faint circles on the underside of the headset are the signature mark of IR-transparent plastic which would indicate that the headset will be compatible with Valve’s outside-in SteamVR Tracking tech. The cameras clearly seen on the front of the device may indicate that the headset will also, optionally, support inside-out tracking. If not that, the cameras could also be used for passthrough video, controllerless hand-tracking, or passthrough AR.

The IPD (or distance between the lenses) adjustment in the image is no small matter. Palmer Luckey recently took Oculus to task for not including a hardware-adjustable IPD in the Rift S. Without it, the lenses are in proper alignment for only about 70% of the population. The original Rift had an adjustment that gave anyone with pupils between 58mm and 72mm an excellent optical experience. The new Rift S, on the other hand, is fixed at 64mm (with some adjustment in the software).

A graph on Palmer Luckey’s site conveys the issue:

Here’s the question: did Oculus move too fast in not designing a VR headset that can be used by everyone? Valve may be in the best possible position of having watched their main competitor lay their cards on the table first.

That IPD adjustment on the new Valve VR headset can be critical for those of us who purchase HMDs for public use in VR labs and exhibitions. There are enough accessibility challenges with VR as it is without subtracting another 30 percent of the population.

It’s not clear we’re reaching a saturation point, but it’s possible that one of the new HMDs will fail. Especially once Oculus Quest and Sony PS5 arrive. Will it be the Rift S due to the IPD issue? Or HTC Vive due to the base-stations (even though it will offer inside-out tracking)? We don’t think it has a chance against the Oculus Quest, which is in a league of its own. But it could take out one of the other high-end HMDs.

The new Valve VR headset has one major point going for it – the rapidly expanding SteamVR distribution platform. As much progress as we’ve made in virtual reality, our distribution systems remain a challenge. SteamVR is closest to what we have in our Smartphones – a relatively seamless way of downloading experiences.

It’s also likely that Valve will package the device with their SteamVR Knuckles controllers, They were first revealed back in 2016 with new prototypes in 2018. If they keep waiting on that release much longer, we’ll already be on hand-tracking and have no need of them.

Valve’s new HMD will be a welcome addition to the field. When you’re in an emergent technology phase, every hardware advance opens doors to new realms of learning, creativity, and entertainment. Spring gets more interesting by the day.