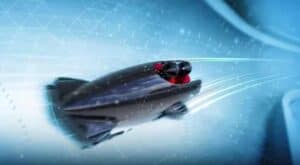 With CES 2018’s focus on hardware, it was easy to miss Intel’s announcement that they will broadcast the Winter Olympics in VR. It will be the largest Virtual Reality event to date – a test of VR’s popularity and its use in broadcast format.

Intel will rely on its True VR technology to bring over 30 events and 50 hours of both live and on-demand VR broadcasts. As Intel notes, it’s not just providing 360° video, but the ability for viewers to select their own camera angle.

According to Virtual Reporter, the broadcast will feature:

You’ll also be able to ‘fly’ through the Olympic Winter Games area, seeing the different venues from a Google Earth VR type of perspective.

A wider range of VR headsets

VR made its first appearance in the Olympics at the Summer Games in 2016. Back then, it was only available on the Samsung Gear VR. How times have changed for Virtual Reality.

You’ll be able to follow the Winter Olympics in VR on both Google Daydream and Samsung Gear VR. It will also be available on the Windows Mixed Reality headsets.

Mobile viewers will be able to experience interactive 360° content from the games on iOS and Android via Google Cardboard. And if you don’t have a VR headset, you’ll find both 180° and 360° video on Facebook, YouTube, and Twitter. And – no surprise – on NBC.com.

A turning point for Virtual Reality?

Over the past few years, VR events have grown in size from early experiments to Chris Milk’s TED talk and Mark Zuckerberg at Mobile World Congress (both in 2016). 2017 saw major inroads into sports broadcasting. Mark Cuban and others saw it coming.

Will the Winter Olympics in VR mark a turning point like Our World in 1967 – the first international TV broadcast (which included The Beatles, the artist Pablo Picasso, opera singer Maria Callas and others)? Probably not. But it’s still a major step for an emerging media form.

And we promise you this. Four years from now, we’ll be donning our AR Glasses to watch the next Winter Olympic Games.

And debating whether it is best viewed in augmented or virtual reality. Such is the pace of change. 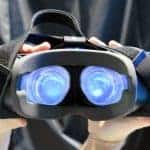 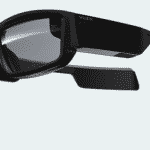 Vuzix Blade AR glasses – the next