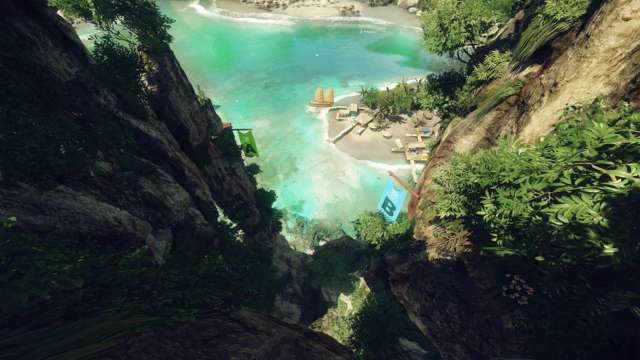 Go ahead, look down – Crytek’s new virtual reality game may just trigger your fear of heights.

Crytek has already pushed out one virtual reality title, Robinson: The Journey, earlier this year and was looking for ideas for a second. After pitching demos to Oculus, they went with a climbing simulation titled, The Climb. And from early reports, it’s a sweat inducing, heart stopping experience.

Instead of first-person shooter, The Climb is a highly realistic simulation from a mountain climber’s point of view. Using left or right triggers, you reach for a ledge and pull yourself up. Once you get better, you tackle more difficult cliffs. You have to chalk your hands and as they sweat, the chalk wears off, making it harder to grip a ledge. You can take small leaps across the gaps between ledges, and of course, you can fall. Or feel like you’re falling.

Here’s the quick one minute trailer:

There’s no multi-player format, but Crytek has designed it so that you can compete with others in a competition through scoring and leaderboards, taking it beyond the solo nature of most VR simulations. That’s only to be expected with a headset owned by Facebook.

While the game will be single-player only, it will have scoreboards for competing against your friends. Each climb will earn you a score based on various factors, including how long it took you to complete it, how difficult of a path you took and more.

And from early reports, it’s fun to watch others play. This in itself would be a breakthrough. If you’ve tried virtual reality, it’s an amazing experience, but truly boring to watch others do it.

Only Oculus (for now) 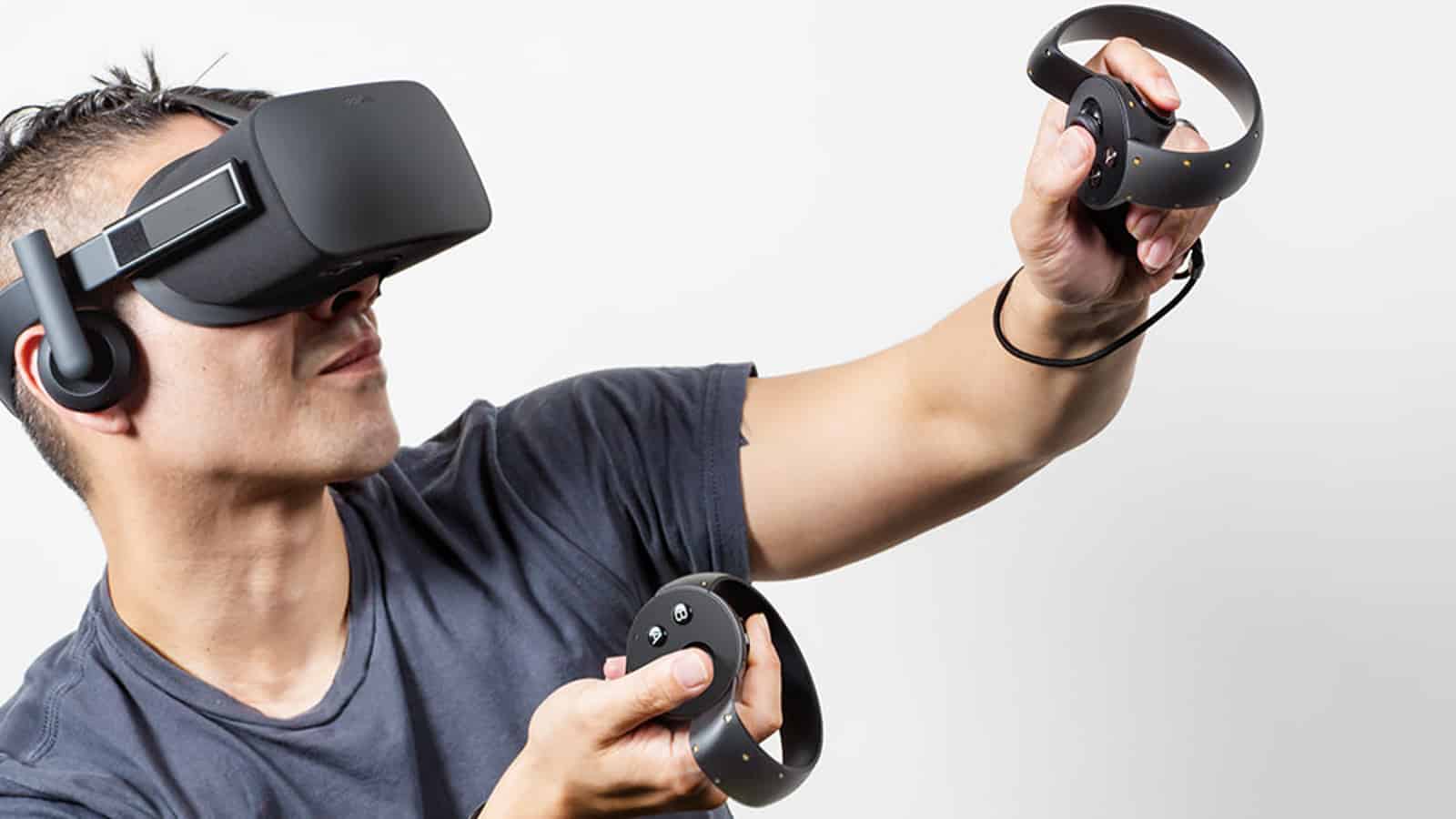 Crytek’s new VR game will be ready when Oculus is released and only available on that platform. But they hold the rights so it could appear elsewhere. The challenge is in the hardware. The game is running 90 frames per second at a resolution of 2160 by 1200. No Google Cardboard or Gear VR here. Though you know what will happen. Give it a couple of years and our phones will handle this just fine. Give it five years and it will be gathering dust in a collector’s corner.

Hold tight as we break the rules 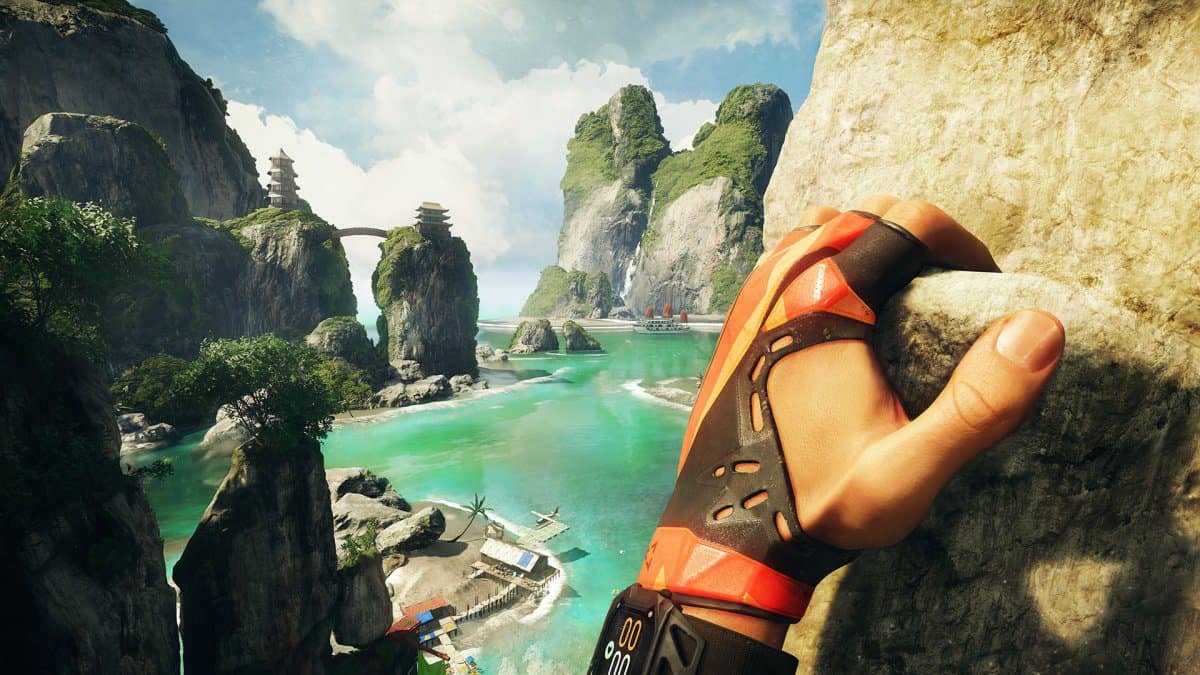 Most of the “rules” for creating in VR now are based on technical limitations. We try to develop scenarios that keep people from having motion sickness, or scale back the graphics so it runs on a Smartphone.

But Crytek takes a different approach. You can shift around corners, moving in ways that most virtual reality simulations avoid. So far, no one seems to feel ill effects. The graphics are stunning with softer colors replacing the high contrast of many games. As Crytek’s Director of Production, David Bowman, explains, bright colors in VR are “like being on the beach with no sunglasses.”

The Climb is a step forward in virtual reality design, creating an environment that is both beautiful and highly realistic. Bowman continues:

We want to give the most beautiful VR experience within the scope of being an Oculus launch title. In order to do that, we have to stay focused. We have to make it just the best climbing experience possible.

Hold tight. As The Climb makes clear, Oculus will be much more than a VR gaming platform.

Virtual Reality Trends to Watch in 2016