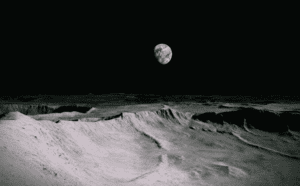 Few people have actually walked on the lunar surface – 12 to be exact. Lunatick is your chance to follow in their footsteps and walk on the moon in VR. It’s been 50 years since the first lunar landing and despite nine commercial projects, many more before another human returns.

The VR experience is the work of Turner Prize-winning artist Antony Gormley and Yale professor Priya Natarajan who brought the scientific perspective. We love these cross-disciplinary collaborations that VR generates. You see it Eliza McNitt’s SPHERES: Songs of SpaceTime and other works.

Gromley’s work is about more than standing on the moon. He’s focusing on the relationship between our body and space, a theme that drives his work in a variety of media. In an interview with Dezeen,

Having had some experience of virtual reality, it was clear to me that the technology was better at evoking space than it was at describing objects. . . I began to consider the possibility of making the body into a spaceship, which could explore the cosmic realities at the heart of Priya’s research. I love the idea of extending the body’s capability and allowing it to travel at many times the speed of light.

Virtual reality and space are made for each other. At least at this point in VR’s development. Once we overcome the challenges of lightweight haptic gloves, it may be a different story.

A Walk on the Moon in VR 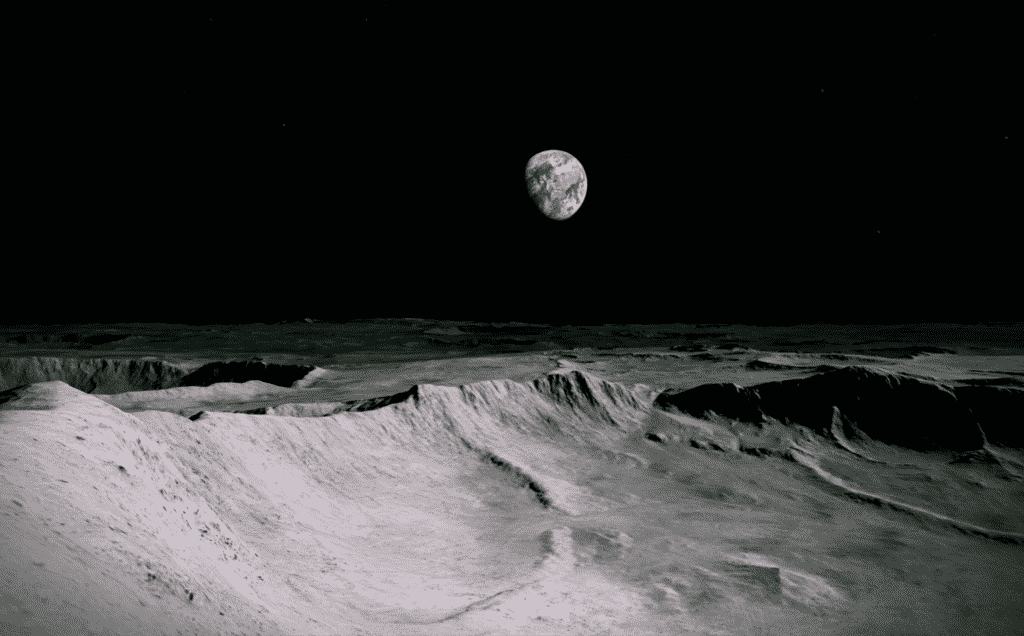 The VR project was developed by the new media studio, Acute Art, which has created groundbreaking projects over the past few years (get their Smartphone app). Here’s how they describe the project:

. . . viewers begin their journey on the deserted island of Kiritimati (Christmas Island) in the Pacific Ocean – an island which, due to rising sea levels, is in danger of disappearing. After discovering a launch pad in amongst a cluster of palm trees, the user’s body falls upwards through the clouds and into outer space.

The user will then explore the intricate landscape of the cosmos by circumnavigating the globe and catching a glimpse of the Northern Lights, before being arriving on the Moon. Users are invited to explore its vast surface and gravitational force, as only twelve men previously have done.

From the Moon, the viewer is thrown further into space, past the shimmering surface of the Milky Way, towards the heart of the solar system – the Sun – where they are eventually met by a blinding white light, marking the end of the piece.

Acute Art accurately rendered the lunar landscape through NASA’s Lunar Reconnaissance Orbiter, which is an unmanned satellite currently mapping the moon’s surface. You move around the lnar surface by using a game-stick and the movements of your body. Overall, the experience of the moon in VR only takes about 15 minutes. But you’ll look at the moon, and perhaps at yourself, in a whole new way.

Yale scientist Priya Natarajan, who has worked to increase the public’s engagement with science, has a unique take on the project:

What thrills me most about Lunatick is how the combination of data, imagination and the latest technology can succeed in powerfully conveying how we as a species occupy this paradoxical place in the universe – we are simultaneously significant and insignificant.

For us, that’s one of the distinctive characteristics of virtual reality – it’s ability to simultaneously convey a sense of our significance and insignificance.

Lunatick is only available in London on a short schedule from April 5-25. If you’re nearby, you can book tickets here.

Chris Milk on Storytelling in AR and VR