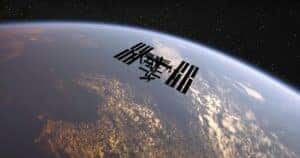 While Google Earth VR is one of the most compelling VR experiences of our planet, we haven’t lacked for virtual experiences of space. Eliza McNitt’s groundbreaking Spheres-Songs of SpaceTime remains a favorite of ours for linking storytelling and cosmic black holes. More recently, Mission: ISS gives you a taste of astronaut life without having to fork over the $200K-$300K for a quick ten-minute trip aboard Amazon founder Jeff Bezo’s Blue Origin. But experiencing the entire universe in VR has just taken a huge step forward with an initiative from a university in Switzerland, the Ecole Polytechnique Federale de Lausanne (EPFL). Called the Virtual Reality Universe Project, or VIRUP, the project is funded by the Swiss National Science Foundation and is remarkable for its broad scope and open framework.

As VOA put it, it’s a reimagined Google Earth for the universe. And it’s a model for the way we’d like to see major universities embrace virtual reality.

VIRUP – Experience the Universe in VR

VIRUP is a multi-platform VR environment that draws upon a wide range of data sets. According to Jean-Paul Kneib, director of EPFL’s astrophysics lab,

The novelty of this project was putting all the data set available into one framework, when you can see the universe at different scales—nearby us, around the Earth, around the solar system, at the Milky Way level, to see through the universe and time up to the beginning—what we call the Big Bang. [PHYS.ORG]

The project currently includes the following features (with more to come):

As Jamey Keaton points out in the Denver Post, that adds up to

. . . at least 4,500 known exoplanets, tens of millions of galaxies, hundreds of millions of space objects in all, and more than 1.5 billion light sources from the Milky Way alone. But when it comes to potential data, the sky is literally the limit: Future databases could include asteroids in our solar system or objects like nebulae and pulsars farther into the galaxy.

Unlike so many of our VR experiences, VIRUP is built on free software. According to EPFL,

VIRUP is a C++/OpenGL/Qt flexible Free Software built on top of a custom-designed graphics engine.

The goal is that it will continue to evolve, creating an ever-expanding experience of the universe in VR that can be used for teaching and research, and shared with the broader public. With the exponentially increasing amount of data we are gathering from current space exploration initiatives, it will remain up to date. If you think we’re drowning in data now from astrophysics research, just wait until the Square Kilometer Array comes online in 2029. It will generate data of the universe in petabytes (1,000 terabytes or 1 million gigabytes) in addition to the other research projects underway.

You can download it from Gitlab, though as an early version, it will require some tech skills to get it set up (EPFL helpfully provides detailed installation instructions).

Two Videos on the VIRUP Project

If you’re interested in learning more, there is a short three-minute video on the goals of the project:

And for a deeper dive, the staff at EPFL put together a twenty-minute movie, Archaeology of Light, which was made with VIRUP platform and can be watched on flat screens or below in 360 video. It gives you an experience of the universe in VR and the overall project.

A Model for VR Learning Experiences?

We’re under no illusion that a project like this can be created without extensive resources. But it’s a reminder of the role that universities should embrace in developing virtual reality as a learning platform. Drawing from experts in different fields, including software engineers, astrophysicists, and museology experts, EPFL has created a remarkable resource that can be used in a wide variety of learning environments.

Perhaps most notably, the experience is not limited to specific VR headsets or platforms. It works across a range of immersive tech, from HMDs to CAVE installations, panoramic cinema, planetarium-like dome screens, or simply on a flat-screen. That won’t break down every barrier to access, but it undoubtedly broadens the reach of this universe in VR experience far beyond what any for-profit tech company would do.

As a Google Earth for space, VIRUP is simply a delight to experience, and we hope it serves as an inspiration to other universities and organizations. And when you have a chance, step into it and discover how incredibly small the earth is in the vastness of a universe that we are only beginning to understand.