WalkinVR is Steam-compatible software that helps remove barriers for people with disabilities. The software has been around since 2017 but is officially released on Steam today. It’s welcome news for all of us who have been pushing to make VR more accessible.

There have been other initiatives to address access issues, but most have focused on one aspect, such as visual impairment. And while we’ve seen interesting projects such as Microsoft’s Holocane and Samsung’s Relúmĭno app, they never seem to get beyond the experimental stage. WalkinVR is not an experiment but a solution to removing physical disability barriers. It won’t solve every challenge, but it’s a massive step in the right direction for VR to expand in education and workforce training.

The program was designed by Grzegorz Bendarski to help people adjust the orientation, position, and motion range of their hand controllers. It allows you to make in-game adjustments depending on your height and ability to move (for ex., if you are in a wheelchair).

During WalkinVR’s beta phase, Bendarski worked directly alongside individuals with various disabilities in order to fine tune the software, including amputees as well as those suffering from paralysis and cerebral palsy. He studied how each player interacted with their virtual environment in order to identify where their respective conditions came into play the most. Each disability needed a different solution, and even people with the same disability found that they needed a slightly different approach from one another. 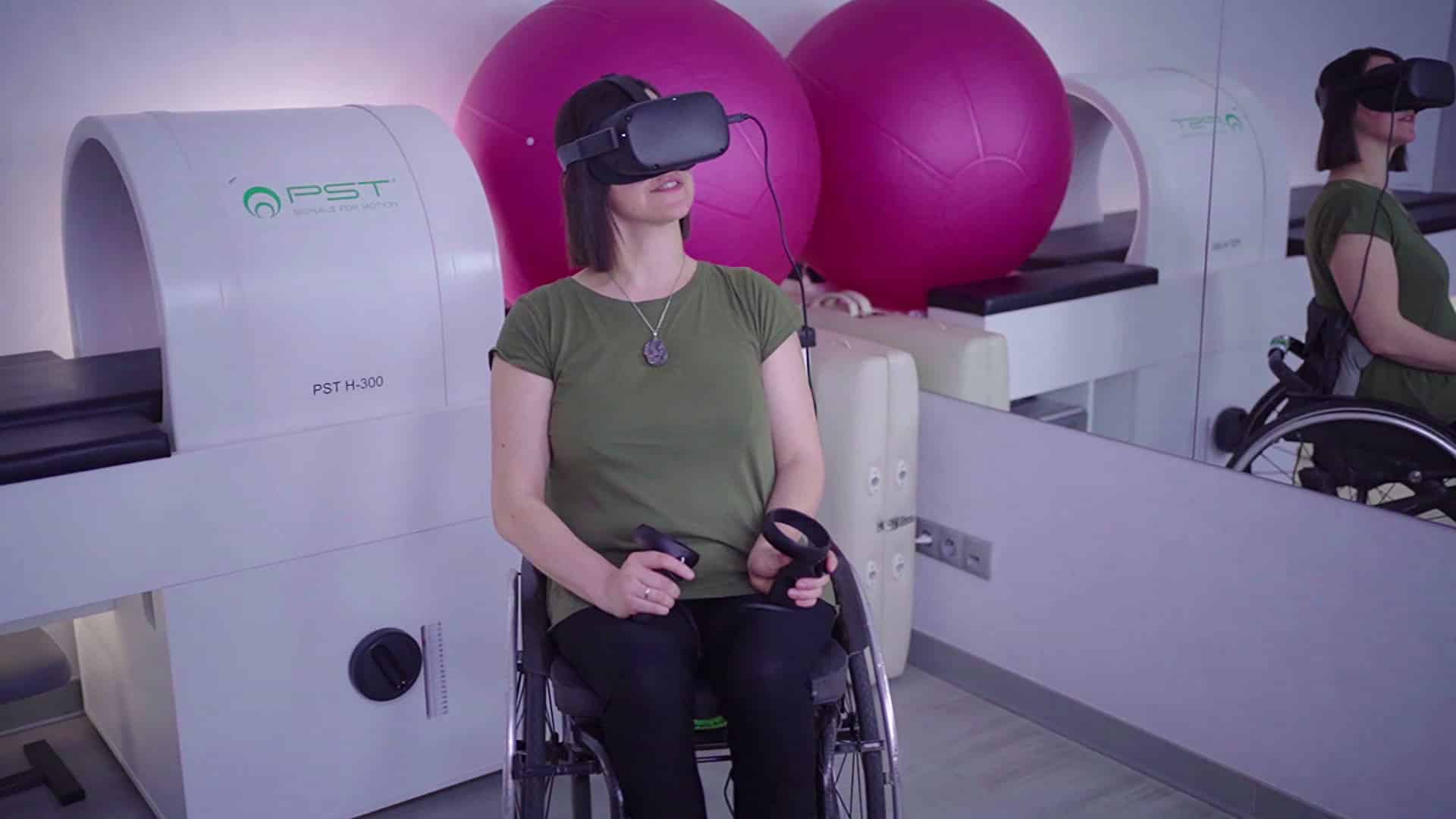 WalkinVR is Simple to Use

WalkinVR is simple to use. Add it to your SteamVR account, launch it the first time in case it needs extra drivers, and you’re set. The specs parallel your current PC setup. From the description on Steam, the program covers four areas to make VR more accessible:

Players are now able to move and rotate in virtual reality without having to perform the movement in the real world. This feature is most utilized when players need to move, reach, stand, and turn around 360 degrees.

A third part Xbox Controller can be used to assist the player with movement and button pressing.

Hand tracking with an external sensor (in development)

This feature is dedicated for players that have problems with holding controllers. This can be mostly caused either by spastics or spinal injury. In such configuration, external sensor is tracking player’s pose and transfers that position into Virtual Reality.

The WalkinVR site has specific instructions on how to use each feature. While the app is designed for people with disabilities, the creators also raise the possibility of using it for “lifestyle and wellbeing purposes” therapeutic uses that go beyond entertainment.

Only the First Step

WalkinVR is a significant step for making VR more accessible, but there is much more work to be done. VR interfaces are still primitive; our hand controllers designed from a gaming perspective, and our headsets are bulky and heavy. More problematic is Silicon Valley’s efforts on the accessibility front – there’s an abundance of talk, some experiments, but little in the way of concrete action.