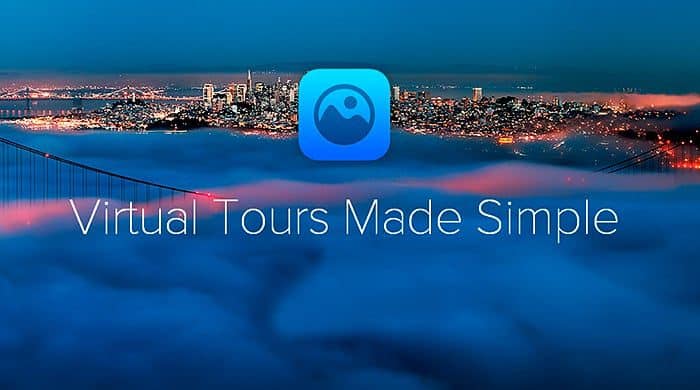 After a wave of Virtual Reality apps for Android phones (no surprise given Google’s role here), VR apps are now coming to the iPhone. RoundMe is a newcomer to this group and after downloading it last night, I have to say: it’s impressive.

Virtual Reality in a Cardboard Box

Of course, a VR app like RoundMe still needs the Google Cardboard VR or similar viewer, but they’re easy enough to find (you can order them online). The iPhone works with Google’s device so once you’re set up, it’s simply a matter of opening the app and dropping yourself into a 360-degree panoramic scene. Here’s a quick promo video from RoundMe:

Many of the scenes in RoundMe are visually impressive – it makes you wish Google Cardboard had better quality lenses. For once in mobile VR on the iPhone, you feel like the quality of the images is outstripping the mode of delivery.

There’s no VR walk-through environments here – RoundMe only offers 360-degree panoramic photos. But you can use what the app refers to as a Portal to jump from one virtual scene to another, giving you some sense of movement and the opportunity to explore locations from multiple perspectives. And you can add Hotspots to display additional information. It’s not interactive VR, but more a 360-degree virtual tour.

Many of the popular scenes you’ll already be familiar with, including the Colosseum in Rome, the Louvre in Paris, Bryce Canyon in Utah (stunning), and the interior of a Boeing 787. Here’s a map of the current panoramas shot in Europe, North Africa and the Middle East:

But some surprisingly out-of-the-way places come up in the app, including a few in Siberia and even the “Victorious Fatherland Liberation War Museum” in North Korea. And this where RoundMe gets interesting.

RoundMe wants to follow the path of successful social media sites – offer a platform and let users create and publish content. And they make it simple to take an 180-degree photo and upload it to the app, though the ideal image is a full spherical panorama.

Since this is mobile VR, RoundMe wants you to use your Smartphone to create the images. They recommend that you use the Photosynth app or the 360 Panorama app (99 cents in the App Store) for your photos.

Take an image, upload it to RoundMe, add some information, and you’ve just created your own virtual reality scene and added it to the community. And why not crowd-source virtual reality? You could even see a virtual reality Wikipedia developing from this.

If you have an iPhone and Google Cardboard, dive in. Simple and stunning for the rudimentary technology involved, it makes you wonder if virtual reality is progressing so rapidly that Facebook’s $2 billion investment in Oculus Rift will ultimately lose out to less expensive, and far more portable, solutions.