Back in January, we offered our virtual reality predictions for 2016. Now that the year’s up, it’s worth checking the clarity of our crystal ball. In a few days, we’ll take a look at the trends for 2017 for both VR and wearable technology. And of course, with CES 2017 right around the corner – there’s lots to check out for the coming year.

Looking back on our article, “Virtual Reality Trends to Watch in 2016,” here’s the trends we highlighted:

The real winners this year were Snap’s Spectacles, Google’s Daydream platform and Facebook’s work on social VR. Back in January 2016, they were nothing more than rumors and speculation that turned out to be major developments.

So our crystal ball wasn’t perfect on the virtual reality predictions for 2016, but we think we nailed the major trends and developments.

We’ll follow up in a few days with the trends to watch for 2017. 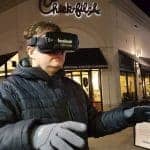 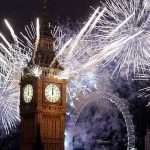 You Can Celebrate New Year’s Eve i