The well-known gamer and now CTO of Oculus has always cut his own path. At his keynote at OC4 last week, Carmack talked for 90 minutes and seemed more than happy to continue. Until they started signaling it time to wrap it up.

The OC4 talk ranged from speculation on the future of VR, the internal debates at Facebook, to details on the programming challenges.

In this video, Wired challenged Carmack to explain the concept of virtual reality to five different people. He talks to

. . . a child, a pre-teen, a college student, a grad student and a VR expert. John goes over what makes his company’s product, the Oculus Rift, so successful at creating convincing VR, as well as the initial hesitance to introduce the lower-powered Gear VR into the market.

In reality, the conversations are far more wide-ranging. He ventures off into explanations of the current state of VR and where we’re headed in the future.

It’s a joy to listen to, from his explanation of how VR works to a child to his speculations about the end of Moore’s law and the need for good content. The expert at the end just happens to be Aaron Koblin, the co-founder of the premier VR tech and entertainment company Within.

That emphasis on great content and storytelling also came out in our interview with Dave Cowling, the well-known game developer who joined Within as their new VP of Engineering.

Carmack seems to hold out the least hope for decent haptics, arguing that we just don’t have a good way to incorporate a realistic sense of touch. But as both he and Koblin agree, if the story is compelling enough, we don’t need haptics or photo-realism in our VR experiences.

Because great stories have always pulled us in, no matter what form the media takes. 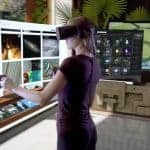 Oculus Dash – Can VR Replace Your 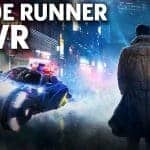