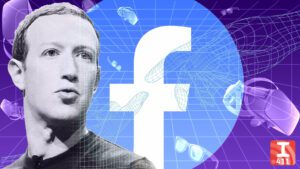 Scott Stein has an excellent interview with Mark Zuckerberg on Facebook’s VR future. The short 30-minute conversation covers everything from the possible development of an Oculus Quest Pro to social VR, children using virtual reality, and VR for fitness, work, and education. We’ve pulled out many of the highlights below, but it’s worth reading the full interview in CNet.

Statista estimates that some 5.5 million AR / VR headsets sold in 2020. Those are good numbers but weak in light of the pandemic which pushed much of the world’s population into remote work and learning. In contrast, Zoom exploded from 200 million to 300 million daily meeting participants in a single month from March to April 2020. Those numbers aren’t the same as daily average users, but it’s still a remarkable leap in usage. Far larger than anything we’ve seen in virtual reality.

The standalone Oculus Quest 2 remains the most popular HMD available and is largely designed as a gaming device. But Zuckerberg sees significant changes over the next few years as its use expands into other areas. Most tellingly for Facebook, it will be about connecting people with each other. What that means for content creators remains to be seen.

Here are the highlights of Zuckerberg’s comments on how Facebook sees the future of virtual reality:

Low Cost is the Key to Acceptance

. . . getting to $299 on Quest 2 was a really big deal. That’s something we wanted to get to, the team worked really hard on that. I’m really proud of them. They did a lot of really hard work to be able to achieve that. And we wanted to see how that would affect accessibility for it. That’s been pretty good in terms of the results that we’ve seen there. But as you mentioned, at this point, even game consoles are more expensive than that. So I think there’s some ability for it to be a little more expensive.

Facebook could charge more for their VR headsets, and they may in the future. But the goal has always been to expand the VR market, to get more users in the space. Even they are breaking even on the cost of the components for the Quest 2, their overall foray into virtual reality has come at a massive cost. Facebook has sold between 2-3 million units of the Quest 2 and more if you add in the original Quest. But when you factor in acquisition costs – they paid over $2 billion to acquire Oculus in 2014 – they are still losing around $500 per headset. Facebook is clearly playing the long game when it comes to virtual reality. 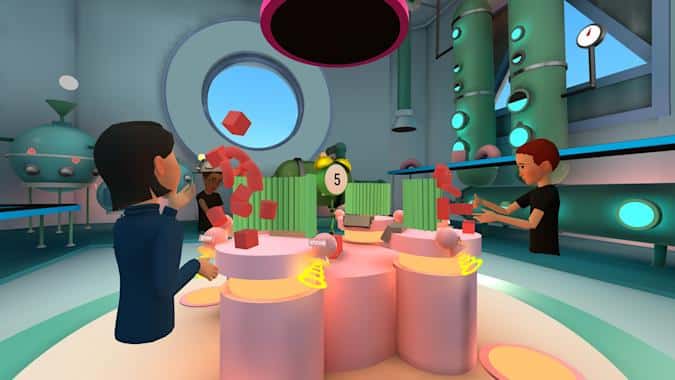 Getting people to connect in VR requires a virtual 3D environment, which is the goal of Facebook’s Horizon platform.

We’re very focused on just giving creators and developers the tools to build that with Horizon. It’s a very big priority for us. We’re not building it as just a single app or experience. We’re building it out as more of a platform that will enable people to build a lot of these different things over time. That’s why we’re building it methodically, and step by step. Maybe it’s taken a little longer than we would have thought to kind of have its first major, completely open release. But it’s a very important part of what we’re doing and the whole vision here. And I think it will play a big role toward helping to build out this broader metaverse that will go across all of virtual and augmented reality.

But in the end, the real question is how does virtual reality connect to Facebook’s traditional business.

We want to get as many people as possible to be able to experience virtual reality and be able to jump into the metaverse and … to have these social experiences within that . . . That’s really where our bread and butter as a company is in terms of building those experiences. That’s also what our business is.

Zuckerberg sees VR fitting with what Facebook currently does – connecting people to others. But what he doesn’t say is how the business model fits into VR. Most likely, that means we’ll ultimately see some form of advertising in our immersive experiences in the future – especially in Project Aria, Facebook’s augmented reality glasses. That may be okay for the social arena, but VR is also the space for storytellers, nonprofits, NGOs, and educators who focus on content. Where the non-social side of VR fits in Facebook’s long-term plans is left unsaid.

Will There be an Oculus Quest Pro?

An advanced HMD seems to be very much in Facebook’s VR future, but we won’t see one this year. Zuckerberg clearly thinks that PC-based VR fails due to the cable breaking the sense of presence. But packing additional sensors into a standalone headset remains a technical challenge.

But there are other aspects that make virtual reality a higher-end experience as well, including putting more power in it in terms of different types of sensors and capabilities on the device. We do want to be able to support a wider range of use cases. I mean, it’s one of the things that’s been quite exciting with Quest 2 — seeing it broadened out. It’s still primarily gaming. But we’re starting to see the top few apps are social apps where people hang out together. We’re starting to see an increase in apps for creative production or productivity or people getting together to work. One of the things I’ve been pretty excited to see is this growth of fitness apps. . .

. . . Part of the question is if you were focused on building a higher-end device that could really max out further on some of those other use cases, in addition to doing the gaming pieces, there are some interesting questions about how you design. Now it’s not coming out anytime soon, but that’s certainly something that we’re excited about and having different products that basically can serve different use cases really well.

Our take? A Quest Pro will be released in 2022, but it will be a wireless device, like the current Quest 2 using a more advanced form of Air Link to connect to a PC.

Last but not least, Zuckerberg talked about the use of VR in learning, which unfortunately for educational institutions is not an immediate focus.

I think over the long term, education is certainly going to be one of the really promising verticals here. We already see and I hear these stories all the time in higher ed. There was actually an experiment that was run, comparing heart surgeons with training in 3D, so that they can see the heart and see some of the things that they were doing, compared to people who had just been in lectures and experienced it in a more theoretical way. And my understanding is that the people who had the VR training generally performed better, which intuitively makes a lot of sense. So giving people the ability to do things hands-on and to experience them I think is going to beat being lectured to or just reading a book a lot of times in the future.

There are opportunities to build those kinds of educational experiences. Not just for the youngest kids, but even today, teens can use this, and people who are doing higher education can do this. There are even opportunities to do this in ways that are not traditionally what you’d think about as education. One view on communication technology is that they’re basically technologies around sharing a perspective. Some people describe books that way. Basically, books are a technology for sharing a perspective and trying to internalize someone else’s perspective. And there’s certainly film, and other things try to do that well. But in a lot of ways, I think virtual reality is the ultimate, because it literally lets you embody someone and walk in their shoes, and experience some of what they’re actually seeing and feeling around them. So I think that’s going to be pretty powerful for not just school-type learning, but culture and sharing each other’s experiences, and getting more empathy for what other people are experiencing around the world as well.

VR in education is not just about formal learning activities, but the broader sense of shared cultural and personal experiences. It’s a broad goal for Facebook, but clearly not an immediate goal one. The focus now is on cutting the cost of the devices and developing an immersive social space. Without strong support, educators will have to forge their own path on how VR will transform students’ learning. And that may be for the best – we don’t need to wait for a tech company to convey their vision. That is why it’s such a fascinating time to take the plunge into VR.

Mark Zuckerberg’s interview in CNet is worth reading both for what he says and doesn’t say about Facebook’s VR future. Looking at the data now, Facebook already has 50% of the Steam VR market with the Quest models and now discontinued Rift S. Whether you resonate with it or not, Facebook’s strategy for VR over the next few years will be a major force in shaping our immersive future.