Star Chart for VR is a virtual reality planetarium app for your Smartphone. It let’s you explore the sun, planets, and major moons of the solar system, along with 88 constellations. You can use it with Google Cardboard or Samsung’s Gear VR device.

The app is from Escapist Games, maker of the wildly popular augmented reality app of the skies (20 million users). The AR version lets you point your phone or tablet at the heavens and identify the planets, stars, and constellations.

Here’s the description from VR Perception:

Our intention when building Star Chart for virtual reality is to make the educational exploration of the visible universe as fun, entertaining, immersive, effortless and accessible as possible. Bringing Star Chart to the ultimate immersive platform ­ virtual reality ­ has taken space exploration to a whole new level. Gear VR users now have access ­ from the comfort of their home ­ to an experience more compelling than that of a multi­million dollar planetarium.

A Planetarium in your Home 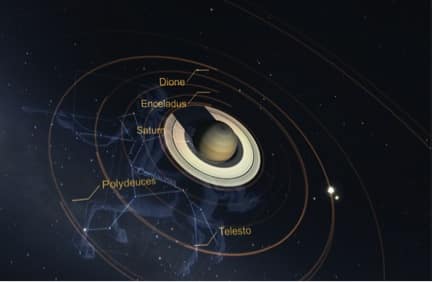 As it has before, the tech revolution is taking expensive hardware and turning it into a low-cost consumer product. A planetarium can cost anywhere from hundreds of dollars to millions depending on the quality and features. A virtual reality app on your phone isn’t going to come close to what you’ll experience at the Adler Planetarium in Chicago or the Hayden in New York. But convenience rules (remember what happened to the music industry) and the technology will rapidly get better.

We tried an HTC Vive experience at Sundance and it was incredible. Going with a high-end HMD provides a different experience. But mobile VR is a lot less expensive and with so many kids and adults owning smartphones, we expect the app to take off.

The creators of Star Chart VR spoke to Space.com:

You can finally let your inner child’s astronaut loose to explore space, the night sky and our solar system in detail,” reads a statement that the app’s maker. . . From the tiny moons of Mars to the farthest reaches of the Pluto system, from constellations and stars to looking down on Earth, you’ll get a perspective on the size and scale of the universe you’ve never had before — you’ll actually be there!

You can buy the Star Chart VR app on Gear VR and Google Play. The VR app will cost $5 on iTunes though it has not been released for the iPhone at the moment. 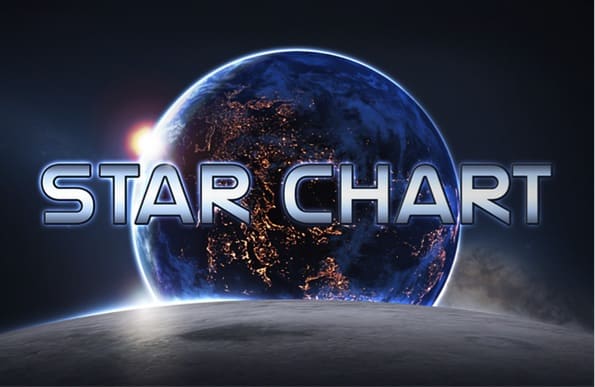 1 thought on “A Virtual Reality Planetarium on your Phone”

A Virtual Reality Slaughterhouse as a Le