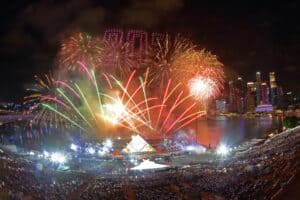 As we enter 2020, we wish you a Happy New Year if you celebrate the holiday. We’ve just completed a remarkable decade, so it’s worth a brief review as we plunge into the future. And we’ll do something a little different this time. In prior years, we’ve usually posted a 360 video of fireworks. But this year, we’ll leave you with a coordinated drone display – possibly real, possibly fake.

It says much about the progress of the past decade, and where we’re headed in the coming one. But first, a recap.

Social media took off in the early to mid-2000s as MySpace, Facebook, Twitter, and Skype arrived on the scene. It utterly exploded in the past decade. According to a GWI study in Digital Information World, we now spend an average of 2 hours and 22 minutes per day on social platforms. 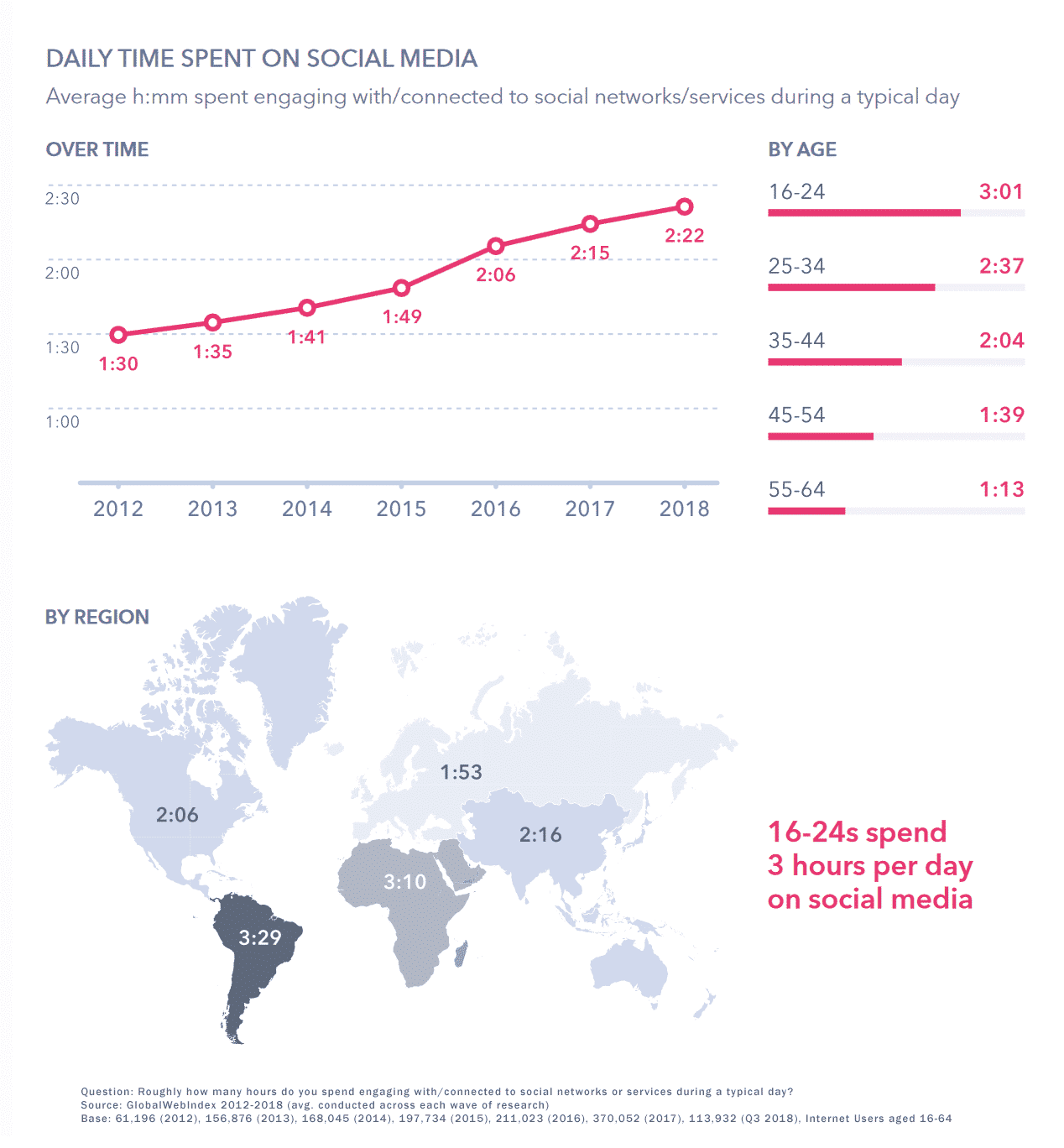 The most substantial growth came in 2015, but even now, the time spent continues to increase.

If there’s a killer stat in the above image, it’s not the growth in social media, but its use by age group. Unless you work with an older generation, your students, customers, and clients are already spending much of their time on it. The real question then becomes: is your organization using it to engage them?

And as its use continues to expand, it will force us to assess the value of human presence. When is our presence in real life essential? When can it be mediated – or even replaced – by the digital? And when is the digital actually more valuable?

Virtual Reality Came Out Of The Shadows

Virtual reality didn’t have a particularly good run in the 90s and 00s. The incredibly inventive work of Jaron Lanier and others in the early years of VR dissipated with headsets that were bulky and difficult to use. But the decade we just left changed everything. On August 1, 2012, Palmer Luckey launched Oculus Rift as a Kickstarter project. And the rest, as they say, is history. 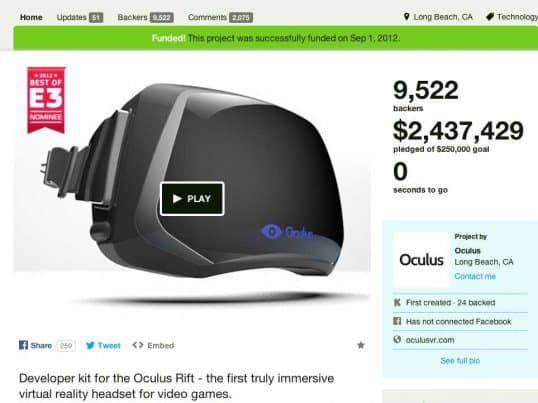 We’ve watched a decade of VR developments begin to impact healthcare, education, the workplace, and entertainment. As we roll into 2020, we have VR headsets that cover the full range of the consumer and enterprise markets. Access to quality content remains a challenge, but we expect the market to resolve this in the next few years.

And the progress extended beyond virtual reality. Mixed Reality came of age with Microsoft’s HoloLens and the Magic Leap One. And nReal and other companies brought us early futuristic versions of AR Glasses. Last but not least, Varjo revealed the potential of photorealistic VR and Mixed Reality to replace real-world experience.

As we a new year, the technology won’t appear to change that fast. But ten years from now, we will be asking ourselves the same questions about VR that we currently do with social media and our smartphones. When should we put the headsets down? Are they replacing real-life experience?

Like VR, AI ran through a disappointing period until 2010. There were remarkable achievements, but the past decade saw it enter our everyday lives. It’s gone far beyond the obvious presence in our phones and smart devices in our homes. We see it in:

It’s this invisible use of AI that’s having the most profound impact on our lives.

As we move into the new year, it’s the convergence between VR and AI that holds the greatest potential and risk. Our virtual experiences and virtual worlds will be AI-generated, a goal that Facebook is already working toward. Combine that with our deep need to connect with others, and it makes you question how we will handle AI-driven virtual social environments.

Magic Leap’s Mica, an avatar that combines AI and Mixed Reality, is just a hint of what the future holds. It’s a technology convergence that will transform education and the workplace. And it will raise profound challenges for our social relationships and institutions in the future.

We have challenges with fake news now, but deeply realistic virtual avatars will be like a thermonuclear event in the fabric of society. AI will force us to face what it means to be human.

As Kevin Kelly of Wired said,

We are morphing so fast that our ability to invent new things outpaces the rate we can civilize them.

That’s true for social media, VR, and AI. We’re optimists, and dystopian predictions for the future are never productive. But we’re heading to a crossroads in our use of technology that will require all our resources. And nothing will be more important than education.

As we wish you a Happy New Year, we end with a video of a coordinated drone display. The first coordinated drone exhibition was pulled off in 2012 in Linz/Austria. And as the last decade progressed, we saw remarkable shows at the Super Bowl halftime in 2017 and the 2018 Winter Olympics. They’re the product of the miniaturization of technology and AI. And they are utterly fascinating.

Of all the New Year’s celebrations around the world this week, two stood out. There was a coordinated display of 500 drones in Singapore’s Marina Bay. But that was topped by the Happy New Year celebration in Shanghai with 2,000 drones working in unison.

Paradoxically, that is where we are in 2020 — a world of remarkable digital developments conveyed through a medium that is forcing us to question what is true.

And with that, we wish you a very Happy New Year on the doorstep of a new decade!